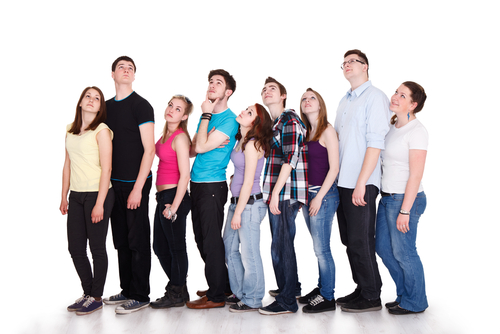 Fads tend to get a bad rap because their popularity may not have anything to do with the value of the item or the craze, but rather rely on group think. Good examples are Hula Hoops, Pet Rocks, Lava Lamps, the Slinky and Beanie Babies. Pet Rocks and Beanie Babies don’t solve problems. They are just fun and unique. Sometimes people just want something that’s new and different.

A fad is an object or behavior that achieves popularity for a short period of time and then quickly fades away. Fads are group think gone wild. People tend to follow fads just because everyone else is following them, not necessarily because they need the item. And the more people who follow, the bigger the fad gets.

But all fads start with what I call pioneers. Those are the people who want to be the first to do something or the first to buy a product that nobody else is buying. They are the risk takers who don’t care what other people think of them. They like the excitement of new ideas. Pioneers want to start trends, not follow them. They are the opposite of group think. This has always been me.

In high school I never wanted to be the person that jumped on the bandwagon, but the inventor and innovator who came up with a unique and original idea. I wanted to make money off of the fad. But that meant being the one to always take a risk. Being an inventor is risky, especially if you’re putting all of your own money into it like I did.

The first person to start a fad is often mocked and dismissed by society for coming up with a totally new and radical idea. If the idea becomes popular and makes a lot of money you’re rewarded and hailed as a genius. But if the idea fails you can be looked at as an idiot. Innovators aren’t afraid to look like an idiot. Sometimes over and over again.

But pioneers can’t launch a fad alone. They need early adopters, or trendsetters. These are also risk takers who don’t care what other people think of them. These were some of the first people to wear Croc shoes when everyone else said they were silly and goofy. The trendsetters didn’t care. They liked the fact that the shoes were comfortable and water-proof. They even went as far as calling the feeling “marshmallow fluffiness”. They liked the aerated holes that allowed their sweaty feet to breathe and their no-slip grip. These were people who were confident enough in themselves to ignore gawkers.

Early adopters tend to be slightly less of a risk taker than the innovator, but they are very important in the chain of innovation because they tend to have a lot of social status. Many on social media have a good following and are thought leaders in their fields. People listen to them and value their opinions, so they are valuable in spreading the word about a fad.

Followers of trendsetters tend to be less adventurous than the early adopter. But they are still important in getting a fad off the ground. Fads need as many people adopting them as possible. These followers like the excitement of following a fad once it starts to spread. They may not take that chance themselves, but will wait for some social proof and the trendsetters’ approval before they jump on the fad themselves. They like the idea of being a part of a spreading trend or craze and being a part of the crowd. They help to keep the momentum going.

Once celebrity trendsetters started wearing Croc shoes, followers felt like it was “cool” to wear them also. They just didn’t want to be the first to take the chance.

A fad will continue on its wave until the novelty wears off. And the group thinkers move on to the next big thing.