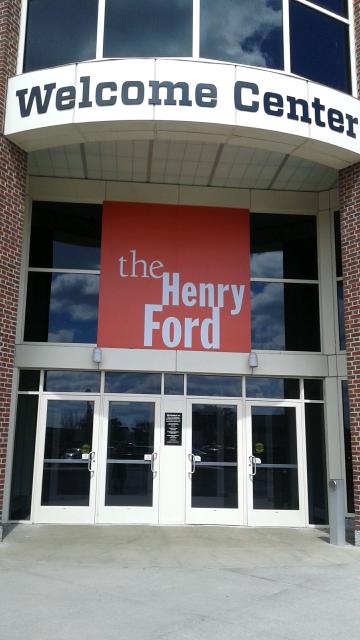 On a recent speaking trip to Detroit I took a detour and spent the day at the Henry Ford Museum of American Innovation. If you’re ever near the area of Dearborn, Michigan near Detroit, it’s absolutely worth the trip. It’s especially interesting to me as an inventor, but the museum stands alone as a great tribute to the innovation and ingenuity that makes America great.

Many museums include innovation as a part of the exhibits, but the Henry Ford Museum of American Innovation is ALL about innovation. And all about American innovation.

An innovator doesn’t have to be an inventor, but all inventors are innovators. You could also innovate a process. The Patent and Trademark Office will grant a patent on a unique process. They consider a process patent a utility patent.

What Henry Ford was good at and what he loved was anything mechanical. He started developing his mechanical skill as a young boy when his dad gave him a pocket watch. Like many inventors, his curiosity drove him to take the watch apart and put it back together over and over again.

Ford believed that consumerism was the key to peace. The phrase “Fordism” became known as the mass production of inexpensive goods along with higher wages for workers. He wanted the average American to prosper, and his many business innovations were known for lowering costs and raising the quality of life. He paid his workers more than double the going rate to keep them loyal to his company and gave profit sharing to some of his most loyal employees.

He also had the innovative idea to put car dealerships throughout North America and on six continents.

Ford was fond of anything Americana and collected as much as he could through the years, mostly technological innovations and things that improved the lives of ordinary people. He wanted to celebrate them, and the Henry Ford Museum of American Innovation was a great culmination of that.