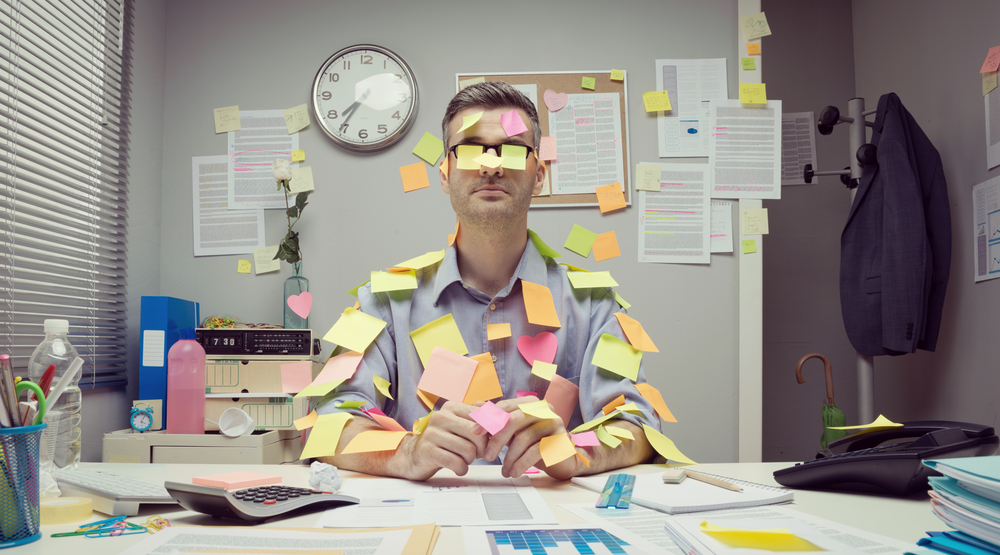 The Post-it Note is a great example of accidental innovation and how serendipity plays a part in it. Many inventions came to fruition because of accidental innovation. Silver Spencer was a scientist at 3M when he set out to develop a strong adhesive. What he ended up with was the opposite. He had discovered something called microspheres which retain their stickiness but are able to be removed and “re-stuck” without damaging the material they are stuck to.

The removable sticky notes were a great solution to a problem, but nobody had any idea what it was yet. Silver touted the virtues of his new discovery to anyone who would listen. But that’s as far as it got. No one came up with a way to make money off of the sticky notes. Until one day serendipity stepped in again.

Another 3M scientist, Art Fry was sitting in his church choir practice one night. He was wishing he had a way to mark the pages of his hymnal. Then he had a eureka moment. He remembered a seminar he had attended on microspheres. It was taught by none other than Spencer Silver. Fry thought about the sticky notes Spencer had been trying to get everyone to use. What if they could become something like a bookmark to keep track of your pages? After all, they would stick well enough to the book but wouldn’t damage it when they were peeled off.

He contacted Silver and partnered with him. What seemed like a simple bookmark actually morphed again into something else. People around the office started using them in a different way. People would stick notes on their co-workers doors and on their desks. Suddenly they became a whole new way of communicating.

3M did a test in 4 cities under the name Press and Peel. But the sales were disappointing. People didn’t know what to do with the new innovative product.They took them off the shelves and rebranded them under the name Post-it Notes. This time they gave them out as free samples to offices in the Boise, Idaho area. When 90% of the offices reordered, 3M released them nationally and the rest of history.

It’s original yellow color was serendipitous too. The lab next door only had yellow scrap paper. Of course today they come in all different colors and sizes. Since I sill use old fashioned hard copies, I have a color-coded system of Post-It Notes. It works incredibly well, as do the Post-It Easel Pads for brainstorming.

Hundreds of different Post-it Note products that are sold today in over 150 countries. So, the next time your idea fails, maybe it’s not the right timing or market. Try a different tactic. It worked for 3M!