The Innovator Behind “A Christmas Carol” 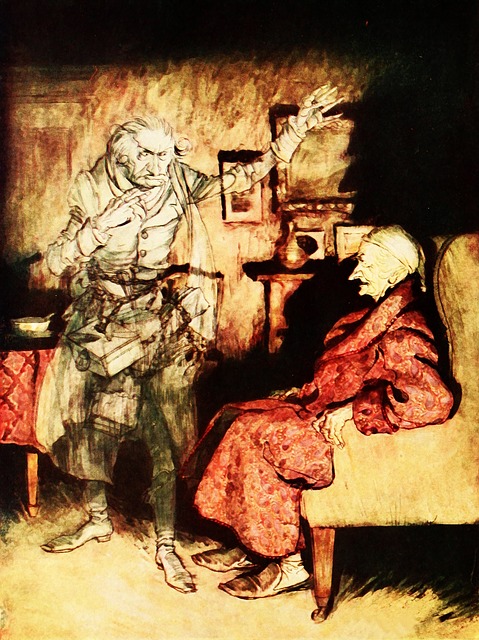 The story of Ebenezer Scrooge and the ghost of his former business partner Jacob Marley has withstood the test of time since 1843. The classic novella written by Charles Dickens, a Christmas innovator, cuts to the heart of even the most jaded, and brings a ray of hope that the Christmas “spirit” is alive and well. I’ve watched the movie in various forms over and over. And I could watch them all again. That’s the beauty of “A Christmas Carol” and what makes it such a classic. It appeals to universal human emotion and experience. To this day it’s been made into 28 film versions and a musical.

Christmas wasn’t always a public holiday. Before the mid-1800s, it was mostly a religious celebration enjoyed by the wealthy. It became a public holiday in Brittain during the Victorian age. And author Charles Dickens helped to solidify its importance. Christmas became a U.S. federal holiday on June 26, 1870. Americans reinvented Christmas and turned it from a rowdy holiday into a day of peace and reflection spent with family. Christmas became a day when parents could lavish their kids with gifts without seeming to be spoiling them.

Dickens drew on his childhood memories living in poverty and incorporated the colorful characters of his neighborhood into his writing. After watching his father end up in debtor’s prison he vowed that would never happen to him. His hard work as a writer coincided with the prosperity and opportunities available during the industrial revolution.

When Dickens was 12 years old he was forced to pawn his book collection, leave school and work at a dirty and rat-infested factory. The change in his life is what gave him a “deep personal and social outrage”, which heavily influenced his writing.

Shortly before Christmas in 1843, Dickens found himself in debt, so he wrote a small novella that he hoped would stave off his creditors. But his regular publisher turned the book down. So he took what little money he had left and self-published the book. He then hired an illustrator, oversaw the book cover, and did all of the marketing and publicity himself. This in itself was innovative. Now writers are able to easily self publish and promote their own books.

Because of the innovations created during the industrial revolution such as the steam-powered rotary printing press, and innovations in transportation, writers were able to keep up with consumer demand both in England and abroad.

The logline of “A Christmas Carol” sums it up quickly. “On Christmas Eve miserly businessman Ebenezer Scrooge is visited by the ghost of his former business partner, Jacob Marley and the spirits of Christmas past, present and future in the hope that he will learn the error of his ways.”

A Christmas Carol is about a mean-spirited and selfish man, Ebenezer Scrooge, who hates everything to do with Christmas and has no holiday spirit.

One Christmas Eve, Scrooge is especially mean to his employee Bob Cratchit and answers him with “Bah, humbug”. Choosing to spend the holiday by himself, he is visited by the ghost of his old business partner Jacob Marley. He takes Scrooge on a journey of his past with a ghost of Christmas past. This is followed by ghosts of the present and future.

When he wakes up on Christmas day Scrooge realizes he has a second chance at life. He decides to surprise Crachit’s family with a turkey and has joined his nephew for Christmas. Never to say “bah humbug” again and to carry the Christmas spirit with him every day.

Dickens wrote the charming tale at a time when past traditions such as carols were being integrated with newer traditions like Christmas trees and cards. The story was inspired by a visit to the Ragged School for street children. His character of Ebeneezer Scrooge is a huge transformation of a miserly man who becomes a more sympathetic character by the end as he is visited by the ghosts of his past, present and future. Seeing his own future puts things in perspective and he changes his ways.

Dickens enjoyed writing stories of conversion and transformation. He was inspired in his writing by fairy tales and nursery rhymes, along with real-life experience.

“A Christmas Carol” turned out to be a huge hit. And since Dickens put his own money into it, he kept 100% of the profits. Besides being an innovator in self-publishing, he invented the concept of publishing in serial form. His novels and novellas were the original soap operas of their day. He used the serial publishing technique to test out new characters and plotlines, based on audience feedback. He knew how to keep them in suspense, and did it with the use of the cliffhanger.

“…the first edition sold out by Christmas Eve; by the end of 1844 thirteen editions had been released. Most critics reviewed the novella favourably. The story was illicitly copied in January 1844; Dickens took legal action against the publishers, who went bankrupt, further reducing Dickens’s small profits from the publication. He went on to write four other Christmas stories in subsequent years. In 1849 he began public readings of the story, which proved so successful he undertook 127 further performances until 1870, the year of his death.”

He was also an innovator in sponsorship for writers, putting ads into his novels for brands looking for unique ways to market. His sponsorship ads sold umbrellas, jewelry, glasses, and insect powder. You could say he was the first blogger, publishing his material in serials like bloggers do today.

His writing was so unique and innovative that it gets its own adjective – Dickensian. In other words, his own personal branding. He invented new techniques for narrative fiction.

Dickens even invented words that we use every day. Like abuzz, flummoxed, rampage, and butterfingers. Since Dickens wrote for the masses, he expanded their vocabulary. He would often popularize old words that had fallen out of favor and make them current again. Bah humbug and Scrooge are included in the Urban Dictionary.

We know the popular favorite “A Christmas Carol”, but Dickens also wrote another classic novella called “A Christmas Tree’. It’s unique in that it tells a story from the viewpoint of a Christmas tree. An elderly narrator reminisces about past holidays and the gifts that surround the tree.  Again, showing that Charles Dickens was a Christmas innovator.

To this day “A Christmas Carol” has never been out of print, and it’s timely message of giving from your heart never goes out of style. Given to us as a gift from a real Christmas innovator.  His message was to enjoy life and celebrate because it you only have one chance at life. This should be a good message for everyone year-round.