Creativity and the Value of Improv 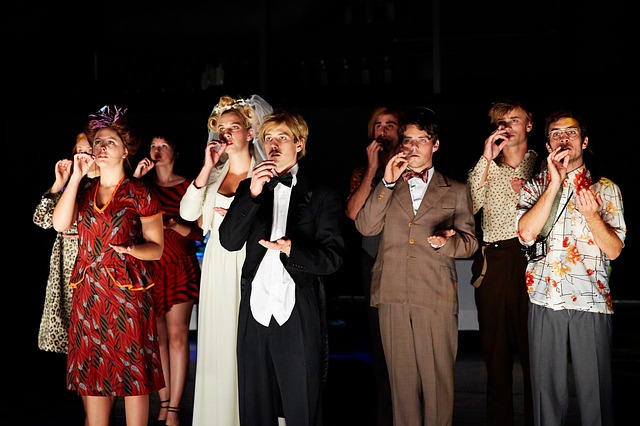 Creativity and the Value of Improv

Creativity shares some of the same rules as improv. For one thing, every idea is the best idea you’ve ever heard. There’s no judging and no denying. And that’s the beauty of it. Companies and organizations that are worried about the costs of innovation, need not be worried about creativity. It’s the first step in innovation, and ideas don’t cost anything until they are implemented. Creativity should be practiced by everyone who wants to keep a steady stream of ideas ready to go. It’s a good thing to practice on a consistent basis. It’s also a lot of fun.

Improv Shuts Off Your Analytical Brain

When you’re in the middle of doing improv, your analytical brain shuts off. You literally don’t have time to analyze what you’re saying. It’s more like reacting on the fly. When someone labels you as a character in a scene, you can’t deny it. You just have to roll with it and own it. You might fail miserably, but that’s okay. It’s a numbers game. Eventually you’ll hit gold.

I remember a late night improv class where everyone was punchy and wanted to go home. My teacher, who was one of the best in the business, was known for pushing people as hard as he could. One guy in the class was an accountant and was always trying to be logical. My teacher constantly fought to get him out of his head so he would just react and be in the moment. He was suppose to be doing some kind of activity in an office cubicle, but he kept going to something logical like typing or inputing data on the computer.

The teacher pushed and pushed until the guy finally screamed out of total frustration, “I’m cooking peas!” The class roared with laughter and it was the breakthrough he needed. From then on he pushed the envelope, even if it didn’t make sense. He learned that he was never going to get the laugh by being logical. By the way, he went on to become an in demand commercial actor.

Charles Limb is a musician and neuroscientist who studies the effect of improv on the brain, and believes that musical improv could eventually lead to a new and improved treatment for hearing loss. Limb is Chief of Otology/Neurotology and skull base surgery at University of CA, San Francisco and a faculty member at the Peabody Conservatory of Music, who does cochlear implant surgery on patients who have lost their hearing, so he has a special interest in helping to perfect hearing.

He studied jazz musician John Coltrane and how he could improvise masterpieces on stage. Not just a little improv, but over an hour of pure jazz improvisation. Limb and his collaborator Allen R. Braun started putting musicians through sensitive imaging machines to find out how a musical improv genius does it. One thing they’ve learned is that they are able to deactivate the self-censoring part of the brain while they are in the middle of doing improv, and also shut off their inhibitions, both critical traits of improvisors and creatives.

You’re also able to shut off inhibitions after a couple of drinks. Psychologist Jennifer Wiley wanted to know if being intoxicated helped people become more creative, so she set out to do some research on the topic at the University of Illinois at Chicago.

She recruited a group of willing participants into her lab and gave some of them vodka cranberry drinks and some without the vodka. Then she had them do a series of problem solving exercises. She found that the people who had the alcohol were able to do the exercises better and faster than their sober counterparts.

Teamwork is a big part of improv. To come up with great ideas in a brainstorming group you have to be willing to give the other person credit and back up their ideas, no matter how bad they are. Make your fellow improvisors look good, and you’ll look good. Do that by taking their ideas and adding to them. That’s also very important for creativity and a good way to be a prolific creativity team.

One of the first things you learn in improv is the game “Yes…and”. One person starts a sentence. “Purple is a beautiful color”. Then the other person adds information to it. “Yes, and, it’s the color of royalty”. So, instead of shutting down someone else’s idea, you treat it like it’s the best idea in the world and add information to it. You advance the scene this way instead of trying to advance your own agenda. As my teacher used to say “Bring something to the party”.

This is how creativity should work in an organization. It’s the way to come up with great ideas together and make teamwork work. Instead of shutting down ideas because they may be stupid or crazy or not work, you rejoice in those ideas. You can always edit them later, but never in the idea stage. Be wild and crazy and say “Yes…and!”

Listening and observing are two other traits that are important for improv and for creativity. The best improvisors are able to read their fellow actors almost as if they could read their minds. Attention to detail is needed in improv and in creativity.

I like hanging out with smart, creative people. I’m okay at coming up with ideas on my own, but when surrounded by people who aren’t afraid to generate a lot of ideas and keep a good, interesting conversation going, it stimulates my brain to become more creative. Hang out with people who have a diversity of opinions and backgrounds and you’ll expand your thinking.

When I lead an audience through an improv game there is always the tendency to try and make it perfect without making mistakes. But the mistakes are usually what ends up making the funniest scenes and the most creative ideas. If you want to be more creative you have to be willing to jump off the cliff and say “yes…and!”