Why the Manufacturing Industry Needs Diversity 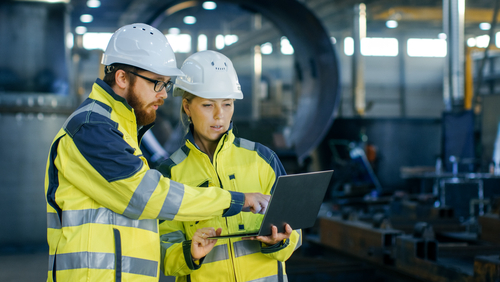 I’ve worked in many male dominated industries, from being an innovation keynote speaker to being an inventor to being a manufacturer. Quite often I’m the only woman in the room, but I’ve never felt left out of the conversation. Most men I’ve worked with welcome a fresh perspective they haven’t thought of and are more than willing to answer questions. This is especially true when hanging out with a group of inventors, who will look for an answer wherever they can find it, and for as long as it takes to find it. Inventors are innovators and problem solvers.

I was proud to be included in a recent article on women manufacturers with the CEOs of General Motors, Lockheed Martin and Siemens. They are incredible role models for other women who might be thinking about going into the business or don’t even know that’s possible for them. Nice to see more diversity in manufacturing.

Even though women make up about half of all US jobs, they only make up 29% of manufacturing jobs. One of the reasons is that it’s not a career that many women even know is open to them, and the manufacturing industry in general hasn’t started courting women to work in manufacturing like they have been doing with women engineers.

As the keynote speaker for engineering conferences, I learned that for many years the industry was not only not open to women engineers, it was an openly hostile environment for them. That is changing. Now women engineers are being courted aggressively by major corporations as early as high school and college.

Studies have shown that organizations that have a team of people with different industry backgrounds, different social and economic backgrounds, genders, cultures, attitudes, and belief systems tend to innovate faster and more efficiently.

Failure to create highly diversified teams often results in GroupThink, a psychological phenomenon where the need for group harmony outweighs rational decision-making and stunts innovation. Studies in science labs have proven that the lab teams with the most diversity in all areas created the most innovative projects, and exhausted all possibilities in problem solving.

A recent Harvard Business Review article states “By breaking up workplace homogeneity, you can allow your employees to become more aware of their own potential biases — entrenched ways of thinking that can otherwise blind them to key information and even lead them to make errors in decision-making processes.”

Diverse leaders create a more innovative workplace where creativity and innovation are not only okay, but encouraged. This leads to a more innovative company with more disruptive ideas that help them with sustainable competitive advantage. When employees feel comfortable speaking up, they are more likely to share their ideas.

I’ve been told by some of the women engineers I spoke to that they didn’t feel comfortable sharing ideas when they were the only women in the room. And that’s a shame because women have so much to contribute to the conversation. That conversation needs a more diverse set of ideas from people with different genders, backgrounds, races, education, and ways of thinking.

One way to get more women involved in manufacturing is by first letting women know that it’s a viable career path. This is the same problem we have as women inventors.

I’m glad there is starting to be more information out there about women in the manufacturing industry. Now if they would just start courting women like they do for engineers, things might start to change and we could get more diversity in manufacturing.