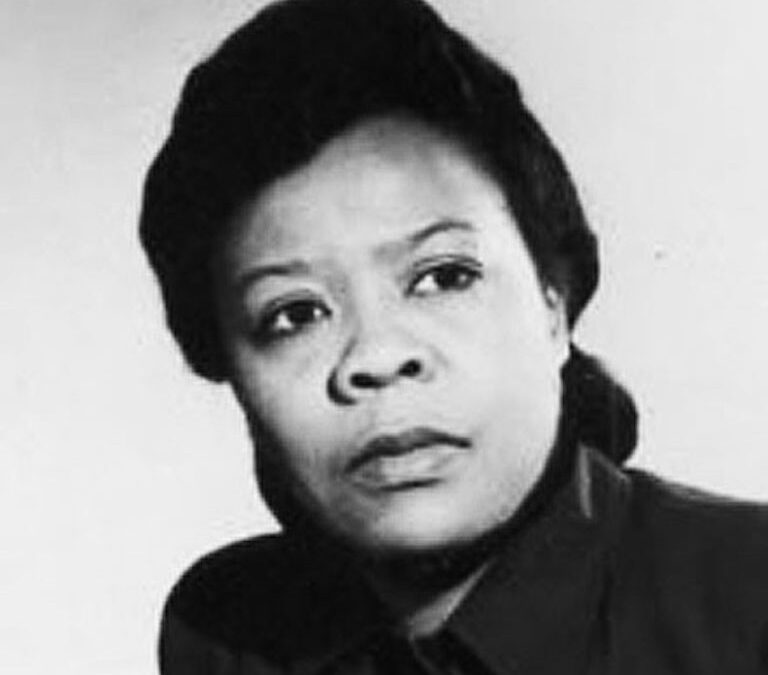 In keeping with Women’s History Month, I wanted to highlight women inventors who exemplify the phrase “Necessity is the Mother of Invention”. Marie Van Brittan Brown is one of those inventors.

Marie was a nurse who didn’t keep regular hours. While her husband, Albert, was at work, she was often home alone for hours at a time. Her neighborhood in Jamaica, Queens, New York was becoming more dangerous, and she wanted to find a way to make her feel safer.

One thing that bothered her was having to open the door to find out who was there.  So, she worked with her husband to devise a series of four peepholes in the door to show different heights of visitors. That way she wouldn’t have to open the door. The peephole at the top showed a tall person and the one at the bottom would show if it was a child at the door.

They kept a TV monitor in their bedroom, which had a two way microphone so they could communicate with visitors. The wireless system fed images to the TV monitor. There was even a button that could be pushed in case the home owner felt threatened, or another one that could be pushed that would let a friend in.

Today, buildings everywhere are equipped with this technology, but at the time nothing like it existed. She and Albert applied for and received a patent on their home security device in 1969. It has since been referenced in future patent searches. And there have been many.

Since then the home security business has skyrocketed. With rising crime rates, closed circuit security cameras are becoming much more popular. But it all started with the “necessity” of one woman’s feeling of safety and security to get the ball rolling. Home owners everywhere can rest easier, thanks to this woman home security inventor.