The Invention of Take Out Food 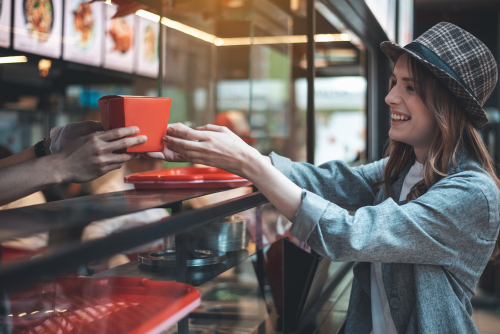 Fast food and takeout food has changed a lot over the years, but it actually started in ancient Rome. Many people didn’t have kitchens to prepare food at home, or like today, simply didn’t have the time to prepare a meal.

Pop Up Dining and the Invention of Take Out Food

Thermapolias sprang up to solve the problem. They operated out of small spaces and some even had a dining area where customers could gather in a public place. But mostly the purpose of a thermapolia was to cook take out food on the run. Food was stored in clay pots and served much like fast food restaurants today. These fast food restaurants catered mostly to the poor. The very first food delivery ever recorded was cold noodles, which were delivered in 1768 in Korea.

In 1889 Raffaele Esposito, who was the best-known pizza chef in Naples, made sure his pizza was  delivered to the palace, where King Umberto and Queen Margherita were the first customers to get home food delivery.

The next time you call up Grub Hub, Door Dash, Uber Eats, Postmates, or your favorite neighborhood pizza place, you can thank an Indian man named Mahadeo Havaji Bachche. In 1890 he came up with the idea to deliver home-cooked lunches to workers within the city of Mumbai. The service is called a “dabbawala”.

Dabbawala is a lunchbox delivery and return system that delivers hot lunches from homes and restaurants to people at work. The lunchboxes are picked up in the morning and delivered using bikes and trains, which are easier to get around on.

It was invented out of necessity, like many inventions and innovations. Workers in the city didn’t have access to food at lunch and there were no McDonald’s at the time.

In America the first fast food was White Castle. They painted their stores white and allowed customers to see their food being made. White Castle came up with the original slider.

McDonald’s innovated again by using an assembly line system like Ford used with his Model T. This is a great example of a company that innovated by using a system from another industry.