One Teacher’s Invention Would Never be Used by His Students 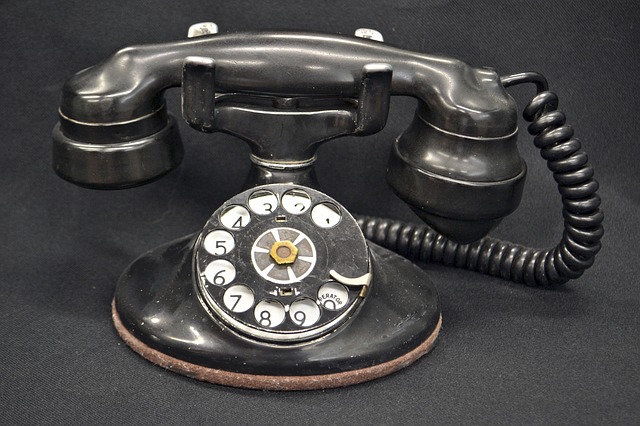 Last week I was the innovation keynote speaker for the TX Alternative Education Conference and got to meet some inspiring teachers. They handle students who don’t typically fit into the regular public school system. This means they really have to think outside the box for a challenging group.

There was another well known teacher who worked with a challenging group of students, but he wasn’t known for his work as a teacher. One of the most famous inventors in history, Alexander Graham Bell, completely changed the way we communicate.

Alexander Graham Bell was also a teacher. But his most famous invention, the telephone, would never be used by his students. Because Bell taught deaf students. He’s known as an inventor, but his passion in life was in education and helping students communicate.

He had a special interest in the deaf and sound technology since his mother and his wife were both deaf. His mother was an accomplished pianist, despite being deaf. And his most famous student, Helen Keller, was deaf and blind.

Bell’s father, a linguist, invented the Visible Speech System for the deaf, and Alexander taught the system as a vocal physiology professor at Boston University.

Started Inventing as a Child

I suppose Bell got his inventor genes from his father, as I probably did with my own father, who helped invent for corporations, but never filed for one of his own. I started inventing as a child as Alexander Graham Bell did. We both invented our first product at the age of 12.

Invention of the Telephone

Bell’s invention of the telephone came about while he was working on the harmonic telegraph — a device that allowed multiple messages to be transmitted over a wire at the same time. But he wanted to be able to transmit the human voice over wires. He finally came up with a receiver that could turn electricity into sound and then “called” his assistant with the famous words “Watson, come here. I need you.”

Patent for the Telephone

His telephone patent was filed in 1876. Just like many inventions, the telephone would be invented by numerous people before it reached the point of being commercially viable. This was the case with Alexander Graham Bell and the telephone. The first demonstration of a working telephone involved intermittent current, but Bell’s version used undulatory current.

Also like many inventors, Bell would spend a fair amount of time in court defending his patents. He once tried to sell his phone patent to Western Union, but they couldn’t understand why anyone would want to talk to another person when they could just send a short message. After the phone became successful they tried to go around Bell’s patent. Bell sued them and won.

Many inventors tend to be prolific and Bell was also. Inventor Alexander Graham Bell held over 18 patents. Here are some of his other inventions:

He founded the Bell Telephone Company in 1877, was the President of the National Geographic Society, and he also founded Science Magazine.

Inventor Alexander Graham Bell was also known for several of his quotes, such as:

“When one door closes, another door opens”, “Preparation is the key to success”, and “The only difference between success and failure is the ability to take action”.

As an inventor myself, I agree with all of his quotes. The life of an inventor can be lonely and full of failure. It can take an enormous amount of time and energy to bring an invention to market. But you have to take action and stick with it, regardless of the naysayers.