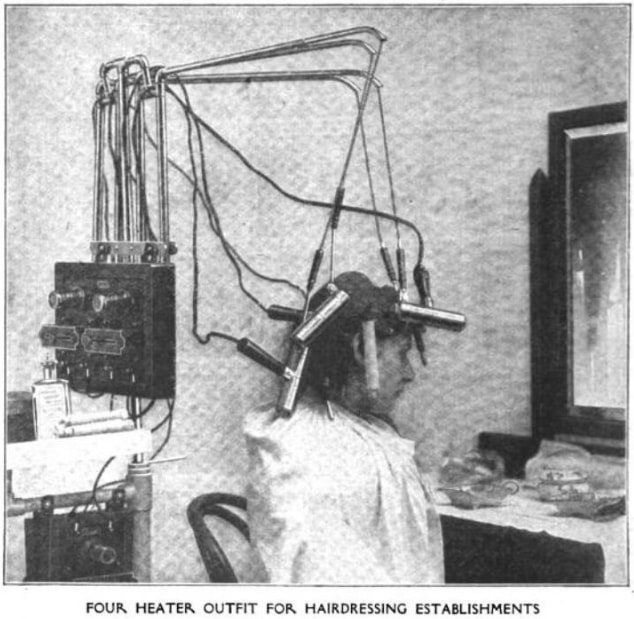 Since March is Women’s History Month, we’ll be highlighting women inventors and women innovators who deserve their place in history. In 1928 it was hard enough for a woman to get a job, but for African Americans the unemployment number was twice as high. But one black woman who was employed was inventor Marjorie Joyner. She worked for a self-educated businesswoman named Madame C. J. Walker, the first African American woman millionaire.

Madame Walker created a series of hair products specifically for black women that would smooth out their hair. She had employees she called “hair culturists”, stylish and perfectly coiffed women who went door to door with the Walker products, and would style women’s hair in their homes. Twenty year old Marjorie learned her craft while working for the Walker Company selling Walker Way products.

During the Depression Marjorie stressed the importance of good grooming for women, and men, who wanted to find work. She quickly worked her way up to national supervisor for the Walker Beauty Schools and eventually owned her own salon.

While working for Walker, inventor Marjorie Joyner came up with an invention called the permanent wave machine. She was making a pot roast one night and noticed that the rods that held the roast together heated up from the inside. The lightbulb went off and she realized this might be a solution to a problem of being able to curl an entire head of hair all at once, saving time for the stylist and the customer.

She made a simple prototype by hooking 16 pot roast rods to a hair dryer hood. She experimented until she figured out a way to style an entire head of hair so that it would stay that way for days. Marjorie patented the wave machine in 1928. But since she was working for the Walker Company at the time and they legally owned the patents, Marjorie never saw a dime from the invention. She also invented a scalp protector to make the process less painful after hearing customer complaints about the rods burning their scalp.

Inventor Marjorie Joyner’s philosophy about women in business and women inventors was very straight-forward. She said “they just have a whole lot of common sense. They can bridge the gap men don’t see. There is nothing a woman can’t do”.