Inventor Sees an Opportunity Others Missed 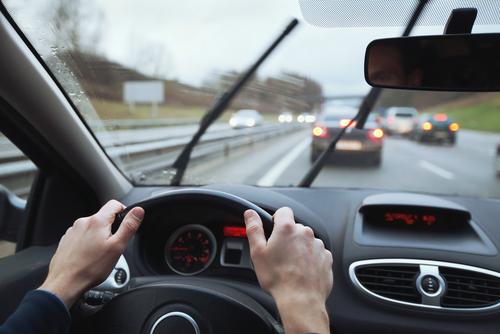 All inventors are innovators, and being an innovator quite often means being ahead of your time. An Inventor also sees an opportunity others miss. This was the case for a woman inventor named Mary Anderson.

In 1902 she took a trip to New York City from her hometown in Alabama. It happened to be snowing as she boarded a streetcar. While others on the streetcar daydreamed, chatted and looked out the window, Mary was in her observant inventor mode and noticed that the conductor kept having to get out and scrape the snow off of the windshield.

Other people on that same streetcar didn’t see that as a problem. It was just something you did back then when snow piled up. But Mary knew there had to be a better way.

Part of the reason people didn’t notice was because cars weren’t really very popular. Ford’s Model A and Model T weren’t even on the market yet. So it’s understandable that nobody else saw the problem Mary saw because it didn’t affect them yet. Usually inventions happen because someone has a problem that needs to be solved.

This was the case with my product, the wrist water bottle. I passed out from dehydration while on a run in the hot summer heat. I ran with my music and keys, so I didn’t have any way to carry a water bottle. Nothing like a wrist water bottle existed so I invented it myself. Any other runner with the same problem could have come up with that idea, but they didn’t.

Inventor Sees a Problem Others Missed

Plenty of people on the streetcar that day could have invented the windshield wiper, but they didn’t. It was Mary’s observation of a problem that set her inventor’s brain in motion. She saw an opportunity others missed.

It wasn’t just the conductor of the streetcar, but other drivers who had to stop to wipe the snow off of their windshields. She knew it was a bigger problem that many more people would eventually have. But she was still ahead of her time.

Since she was so far ahead of her time and cars weren’t as ubiquitous as they are now, many people laughed at her idea. Just like Édouard Bénédictus the inventor of safety glass for cars, she was turned down because they said it had “no commercial value”.

Today, it’s hard to imagine windshields without safety glass and windshield wipers. But being ahead of your time is something inventors deal with all the time.

Even though Mary never made any money from her invention, at least she was finally acknowledged for it and she was inducted into the Inventor’s Hall of Fame in 2011. The next time you find yourself driving in the rain or snow, you can thank inventor Mary Anderson for being able to see an opportunity others missed.