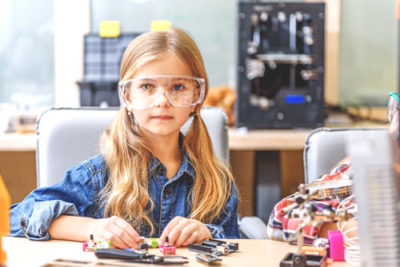 They say that necessity is the mother of invention, even though fewer than 15% of all patent holders in the world to this day are women. But Toyota is doing its part to help draw attention to women innovators and women inventors at the fourth annual Women in the World Summit with their Mothers of Invention grants.

Three grants of $50,000 each were awarded to women who are doing their part to help find solutions to global problems. Kativa Shukla, founder of Fenugreen, Caitria and Morgan O’ Neil, co-founders of Recovers.org, and Sejal Hathi and Tara Roberts, co-founders of girl tank were all recipients of the grants.

The women also got a $15,000 “pay it forward” grant. It gives money to another up and coming Mothers of Invention woman innovator for the project of their choice.

Kativa’s innovation is called Fresh Paper and addresses the issue of food spoilage. Fresh Paper allows food to stay fresh for up to four times longer than normal. She came up with the idea while still in high school. It’s being used by consumers and farmers and is being considered for other useful applications as well.

Caitria and Morgan came up with an idea to help match local communities with resources in case of a disaster. They came up with the idea after a tornado destroyed their home.

Crowdfunding for Women and Girls

Sajal Hathi and Tara Roberts came up with the idea for girl tank. It’s a crowd funding platform specifically for women and girls. It’s already reached 1500 women in over 104 countries.