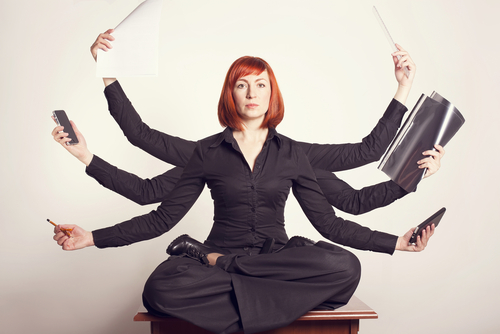 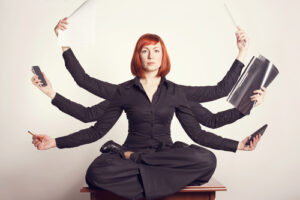 Part of my innovation keynote speech is done as interactive improv. No matter how much companies might think they can do this on a Zoom call, it simply doesn’t work nearly as well. The work from home trend is putting productivity over creativity and teamwork, according to a recent study by Lucid. But creativity over productivity is sometimes just as important.

This makes sense because managers want to make sure work is being done, since they can’t be in the office to monitor them. 90% of C-suite managers said that productivity from work at home employees was near the top of their list of concerns. At he same time one in four said that creativity from their teams has been down in the past few months of working from home.

One big reason is distractions. When you’re in a room together with your team you can’t tune out. You have to be 100% focused. But 62% of employees working from home said that they will tend to tune out. They even leave the room while a creativity session is going on. There are so many distractions working from home that you couldn’t get away with while face to face in your office.

According to the study “Nearly 1 in 4 remote workers say that working from home has hurt their creativity. Almost half of that group (46%) identified less face time with their team as the number one cause.” A good percentage of my creativity workshop is spent on improv and interactive games. It relies on very quick response time and visual cues from fellow improvisors. Too much is lost in translation when you try to do this on a Zoom call. Even though you can technically see others on the screen, you can’t get the same big picture. It’s different when everyone is in the room face to face. About a third of employees were excited about returning to the office so they could return to collaboration with their teams.

As a business owner I’ve been working from home for many years. I can’t remember the last time I actually worked in an office with other people. So I can be creative on my own, but not nearly as creative as I am when I’m in a group fo people bouncing ideas off of each other. The reason is that you need outside creative stimulation to draw from. Someone shouts something out, and other people are able to build on that idea. That’s an idea you wouldn’t have come up with completely on your own. It’s like the improv game of “Yes, and…” Adding information to an idea.

Glenn Dutcher, assistant professor at Ohio University looks at it like this.  “When a team works from home, everyone contributes less simply because they believe they’re going to be less productive, Dutcher says. He also sees a sort of “free rider” affect: Nobody wants to be the one person still performing while others try to coast on their hard work.”

It’s easy to drop out and contribute less when you’re not being held accountable in a face to face situation. Unfortunately that ultimately doesn’t help you strengthen your creative muscles.