How a Toy Innovation Created a System of Play 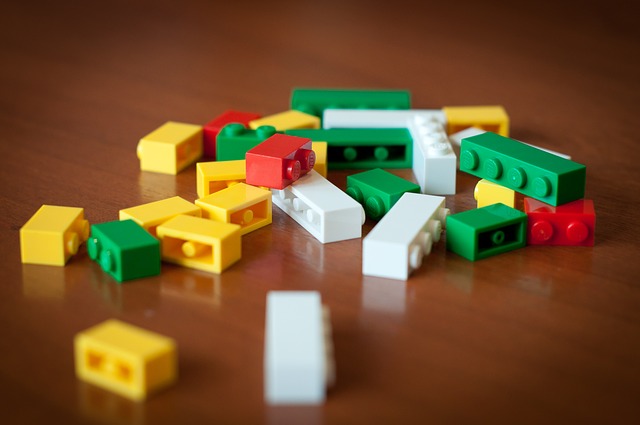 A System of Play

In a day when kids have access to all kinds of digital toys, one old school, low tech toy innovation still exists today. LEGO, with their patented “system of play“. It started in the workshop of businessman and carpenter Ole Kirk Christiansen. The business, which built houses and furniture, was doing pretty well until the Great Depression hit. Instead of expanding his business, he had to scale down.

Ole started making toys to amuse his kids. Soon, everyone had heard about the toymaker and his quality wooden toys. One day a toy wholesaler came by and placed a large order for his store for Christmas. So he worked night and day to get the toys ready. But at the last minute he received a letter that the wholesaler had gone bankrupt and wouldn’t be able to buy the toys. He had just lost his wife and had 4 kids to feed. So he packed the toys in the car and went door to door to sell them. The inventor made just enough money to buy food for Christmas.

He had sharpened his selling skills on the road, and realized he probably needed to start branding his toys. He eventually came up with the simple name LEGO. Little did he know that in Latin it meant “I put together”. It turned out to be a very appropriate name. By then his son Godtfred had an important role in the company and was helping his father run the company.

A fire broke out and destroyed his workshop and all of his drawings. He decided he had to rebuild and carry on for the sake of his children and his workers. One day he went into Copenhagen to look at a new plastic molding machine and was given a sample of a plastic brick. Something about it really inspired his imagination. He bought the plastic molding machine. Then he started turning out little plastic teddy bears and rattles. But the bricks were never far from his mind.

While on a business trip, his son Godtfred struck up a conversation with the head of a big shopping center. They discussed the toy industry and the direction it was going in. The man said that toys weren’t a challenge to kids. They all came ready-made. They needed a “system” he told him.

The idea took off and was constantly being improved. After Ole passed away Godtfred took over the company and his own imagination went wild. He started selling the new and improved Legos around the world. He built an airport so he could fly his product to other countries. Then he decided to create a whole amusement park made out of LEGOs. By now, the sky was the limit.

Artist Nathan Sawaya was the first artist to work exclusively with LEGO as an art form. He tours the world with his exhibition “The Art of the Brick” inspiring creativity in others. The same way LEGO has inspired creativity in their almost 100 years in business. 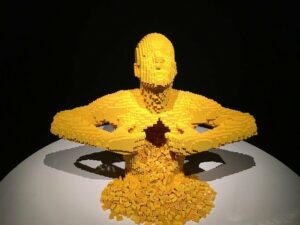 LEGO is still a very popular and innovative toy with new systems being created all the time. I could have named this blog post “The Little Toy Company That Could”. After so many setbacks and trials to overcome, LEGO proved to be a testament to never giving up. And using your creativity and imagination to build a product and company that lasts for generations.