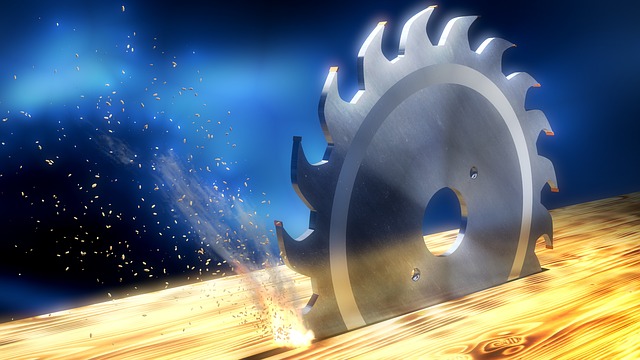 I’ve heard too many times that women inventors tend to invent “girlie” things. Sometimes that might be true, but not always. Take the case of the shy and quiet inventor Tabitha Babbitt, who invented the circular saw, which is certainly far from being a girlie invention.

One day Tabitha was watching two men use a pit saw. They were expending a huge amount of effort going back and force. Tabitha noticed that half of the motion was being wasted, since the saw only cut one way. The rest of the motion was just wasted.

They say inventors tend to invent what they know or at least they tend to use what they know in their inventions. Tabitha made her living as a weaver, so she took her knowledge of the weaving machine she used to spin her fabrics and created a circular saw blade which she put onto a fast-spinning axel. This greatly increased productivity and cut down on labor.

She improved the spinning wheel process by coming up with a double spinning head. This allowed women to spin twice as much as they normally would spin.

Tabitha also helped to create the process of cut nails. Instead of making them one at a time, she came up with the idea of cutting multiple nails from a sheet of iron.

Tabitha Babbitt Was a Prolific Inventor

Tabitha was a prolific inventor, who believed in increasing productivity through mass production. Through her invention of the circular saw she helped increase production in the lumber and furniture industry.

But since Tabitha was a member of the religious organization, The Shakers, she never patented any of her brilliant inventions as this went against the religious beliefs of the Shakers.

She was also working on the idea for a false teeth manufacturing process, but died before the idea was fully finished.