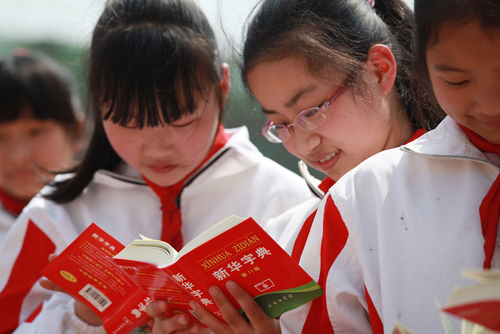 As someone who’s been a victim of Chinese counterfeiters, I’m one person who wishes the Chinese were more creative and not just copycats. I wanted to know why china lacks creativity and found it wasn’t always like that.

One of the most important innovations in history came from China. Ts’ai Lun, the inventor of paper is considered to be one the top ten most influential people in history. It’s hard to even imagine a world without paper. Before paper, most books were made of bamboo, which made them quite heavy to carry around. There were a few books written on silk, but only the wealthy could afford them. Papyrus was used in the Western world, which was more advanced than China.

After the invention of paper, China became one of the most productive civilizations on earth. This continued for seven or eight centuries. Other inventions, such as gunpowder and the compass pushed them even higher up the scale.

But these days creativity in China has been replaced by a rote system of learning. Chinese children are good at memorizing, reciting, and repetition, but not good at using their imagination.

The “gao kao” test hangs over the heads of all high school students like a cloud. It’s a grueling, stressful test that high school students must take to get into college. But it’s much more than that. It basically determines what path they will take in life, what college they get into, what kind of job they’ll get, who they marry, and how much money they’ll make. No pressure there, huh?

This is one reason why China lacks creativity is that Chinese students are programmed from an early age to memorize answers instead of working on problem solving and coming up with their own solution. Parents and teachers spoon feed them answers and they parrot them back. There is so much riding on this one test that there is no room at all for creativity.

But the Chinese do understand that in order to compete in a global economy they’ll have to do more than just repeat lines.

At the same time it’s hard to convince people in a strict, formal educational system that play is just as valuable as study. In order to be creative you have to step outside your comfort zone and be willing to fail. That is a very hard pill to swallow when you’ve spent your whole young life avoiding it at all costs. Decades of doing things one way and doing it so strictly makes change uncomfortable. But China will eventually get to the point where they will either have to change or be left behind by innovation.