Women Inventors Who Changed the World 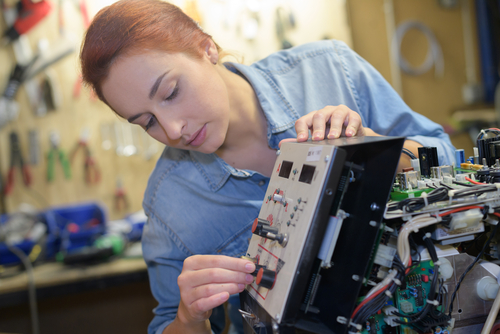 Do you know how many women inventors have changed the world? As you sip your morning coffee you probably don’t give any thought as to how the actual process of coffee brewing came to be. If it wasn’t for a frustrated housewife in Dresden, Germany, you might have to brew your coffee by wrapping loose coffee grounds in a cloth bag and boiling water around it. Suddenly you have a much better appreciation for Melitta Bentz’s invention.

She knew there had to be a better way, so she cut out some paper from a notebook and stuck it in the bottom of a pot that she had poked full of holes. Then she poured the water over it. This filtered out the bitter taste. It worked and she started manufacturing her “coffeemakers” and selling them at local fairs. They were a hit.

Most people think of Marie Curie as a scientist, but she was also an inventor, and the only person to win two Noble prizes. She invented a chemical process for extracting radioactive material from ore and she also discovered radium.

Anyone who has used a personal computer can thank Admiral Grace Murray Hopper for inventing the first computer compiler. This dramatically changed the way programmers wrote software. They no longer had to write time-consuming instructions for each new software package. She developed COBOL, which is the first user-friendly computer software program.

If you take your lunch to work in a brown paper bag you have Martha Knight to thank for it. She invented the machine that produced them. She was also the first woman to fight and win a patent suit after a man stole her design and put his name on it. He couldn’t imagine that a woman could create such a complex machine. She went on to invent several other machines and tools.

Necessity is the mother of invention

Only 15% of patents belong to women, but the list seems to be growing as women are encouraged to invent. As they say “necessity is the mother of invention” and the world needs more women inventors. Women inventors really have changed the world!