A Wrinkle-Free Invention That Solved a Problem for Homemakers 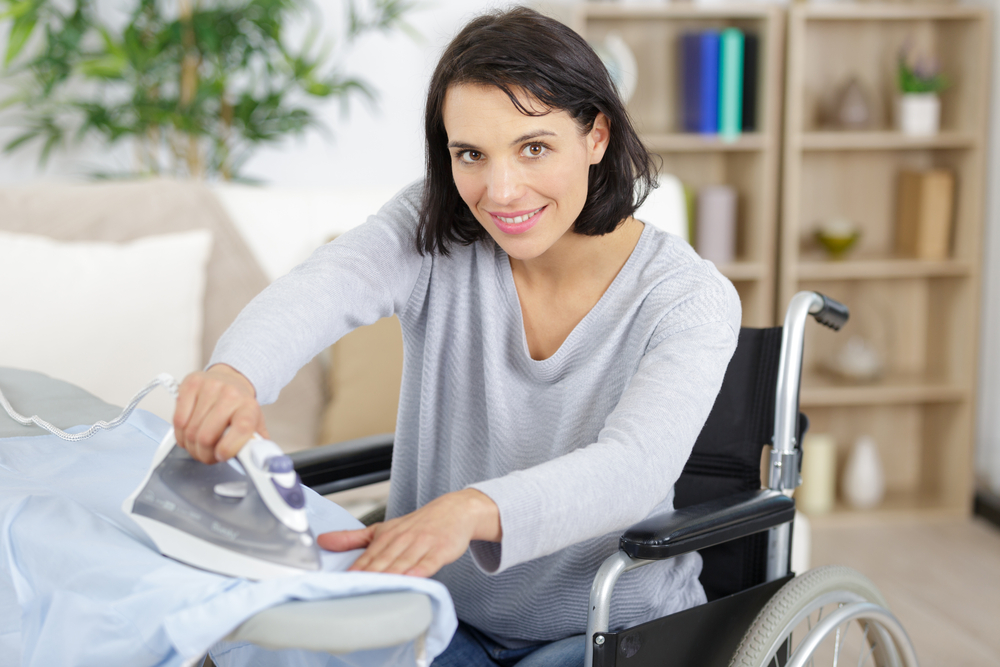 Inventors are problem solvers. They can’t help themselves. They help us save time, save lives, and save us from tedious or dangerous work. Many inventions are disruptive, but most are an improvement on something that has been around, such as the iron, a wrinkle-free invention.

Irons to press clothes have dated back thousands of years when the Chinese used hot charcoal in metal pans. Then hot stones were used to press wrinkles out of clothes, but was improved on in the 17th century with a block of iron that had a handle on it. It could be heated on the stove or the fireplace. And it did the job. But it wasn’t the best way to solve the problem.

The ironing process works by loosening the ties between the long chains of molecules and stretching the fibers. The fabric maintains its new shape when it cools down. In 1882 inventor Henry Seely came up with a way to press clothes with an iron that used electric current.

A year later he improved on his own invention with a cordless iron that plugged into a special stand to heat up without using a cable. But, like many inventions that come along before their time, it was expensive, and few people had access to electricity back then.

Invention of the steam iron

The electric iron gradually improved over the years and in 1926 a New York dry cleaning company introduced the first steam iron for home use. But again, it was ahead of its time.

The way an industry or product is disrupted is by completely changing the way a product is used or the way a system works. In this case, the disruption is happening with new and improved fabrics, and not the way to get wrinkles out of the fabrics we already have. This was partially solved by inventor Ruth Benerito.

Benerito spent most of her career working at the US Department of Agriculture in New Orleans. It was there that she began researching cotton fibers and would go on to hold 55 patents in that area. Before Ruth’s system of chemically treated cotton was invented, clothing had to be ironed by hand, which took considerable time. Cotton clothes could now, not only be wrinkle resistant, but flame and stain resistant as well. This was through her process known as cross linking.

Patents in the Cotton Industry

Since synthetic materials like nylon and polyester had already been invented, many people were switching to those to avoid ironing. For this reason, Ruth was known for saving the cotton industry with her new inventions in wash and wear fabrics. Her research and patents in the cotton industry would become the basis for new, future developments in that area. Ruth, like many other women inventors, created something that would save women time. It was a wrinkle-free invention that solved a problem for homemakers and everyone else who dislikes the tedious job of ironing.