Does Your Company Have an Innovation Plan? 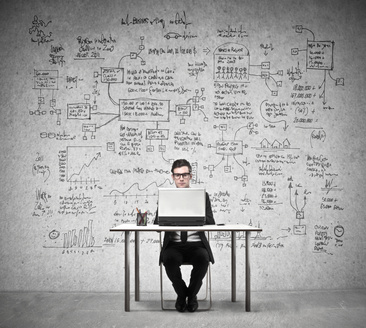 The innovation industry, like any other industry, is full of buzz words. People like to latch on to the latest academic sounding terms and have lengthy discussions about them. This all sounds impressive, but the bottom line is “what is your company doing about it?” Are you innovating or not? Does your company have an innovation plan?

Being in the trenches I can tell you that most companies say they want to be innovative. The truth is that many just talk about it. Because innovation is cool. It’s a buzzword that usually gets thrown around, but rarely implemented.

How do I know? Because I like to follow up on companies who have hired me to speak on innovation to see how they’ve followed up. Many times I find that programs are slow to be implemented or they are sporadically implemented. Innovation isn’t something you do occasionally. It’s something that should be done on a daily basis. Creativity is a muscle. If you don’t use it, you lose it. You must have an innovation plan and stick to it. You can give someone the innovation tools, but it’s up to them to use them.

There have been many studies out in the past few years that talk about how companies think they should be innovating and want to innovate, but aren’t. A recent study from GE states that “60% of respondents say that the inability to generate disruptive ideas is killing their ability to innovate”. Or that “nearly two thirds of executives are convinced that businesses must encourage creative behaviors and disrupt their processes more often”.

I like to teach innovation in such a way that anyone from a child to a rocket scientist could understand it. Make it too complicated and you suck all the fun out of it. And then guess what? People will stop wanting to do it.

Creativity and innovation should be implemented on a regular basis. If it’s not, it’s just latent innovation. Hey wait! Maybe that’s the new innovation buzzword we’re looking for. And yes, you can quote me on that.