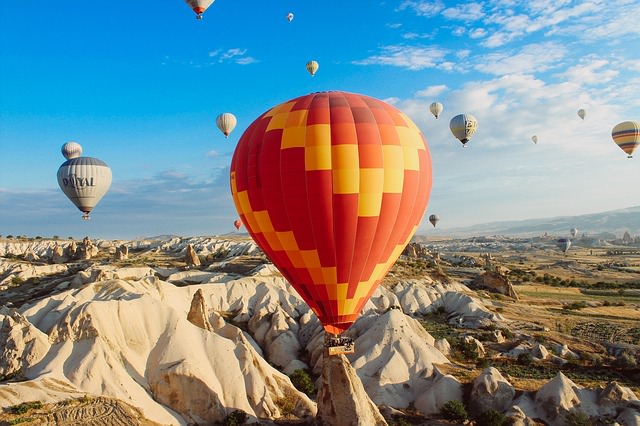 Winnie the Pooh said “Nobody can be uncheered with a balloon”. And many of Pooh’s adventures involved balloons. Simple latex party balloons, which haven’t really changed that much over the years. But there is more to balloons and innovative balloon technology if you include balloons in the medical industry, defense, transportation, and meteorology.

Here are three organizations who are expanding on balloon technology:

glooeys is billed as the first patented, self-sealing latex party balloon, which works with air, helium and water. It all started with a problem, which is how most inventions start. Wes Warner watched in frustration as his young son struggled to tie a balloon. Thinking that there must be a better way, he called up his friend and fellow pilot Troy Stark for a brainstorming session.

The two dad inventors got to work testing out different adhesives and testing numerous prototypes until they finally stumbled upon the perfect combination. That’s when they set out to find a patent agent and eventually obtained a patent. glooeys balloons are set to totally disrupt the balloon industry with its innovative technology.

Super pressure balloons are used for long, unmanned flights for scientific experiments in the upper atmosphere. An altitude of 110,000 miles was achieved in 2015 when a NASA super pressure balloon was launched in New Zealand. The flight lasted for 32 days. The record for a NASA balloon of this type is 54 days. The balloon was the size of a football stadium when fully inflated.

On May 17, 2016, NASA sent out its latest super pressure balloon for a record-breaking ’round the world flight. They hope to break a record of 100+ days at mid-latitudes.The balloon is expected to circumnavigate the southern hemisphere’s latitudes once every one to three weeks.

These balloon flights provide inexpensive access to the near-space environment for scientific and technological research.

One way to change a product is by making it out of a different type of material. That’s what Chris Wicken of Balloon Innovations did when he invented the helium free plastic balloon.

With a global helium shortage and a potential ban on mylar balloons in CA, Chris’s balloons are positioned well. They are also non-allergenic so they can be used in a hospital setting or around anyone who has a latex allergy with conventional balloons. His balloons are long lasting outdoor solutions that can be used in extreme cold or heat for months if not years! The fiberglass rods still give them the moving attention-getting action.
With the skyrocking costs of helium due to limited supplies, someone needs to come up with an innovative balloon technology solution or the typical birthday party balloons will be a thing of the past.