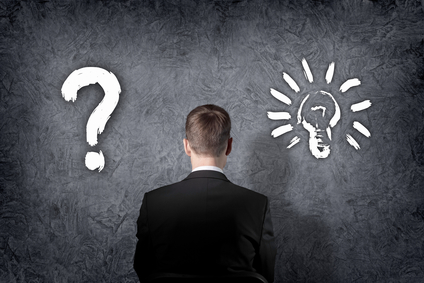 Uncertainty isn’t a comfortable place. In fact, it triggers a flight or fight response in the amygdala part of the brain. And most people choose flight. But innovators embrace uncertainty because we venture into uncharted territory every day.

I was talking to a friend who made the decision to move to another state. She’s lived in the same place, in the same neighborhood, with the same friends, and the same job for 25 years. But after losing the job that seemed so stable, she was thrown a curve ball, and knew she was going to be forced to leave.

Most people don’t change unless they are literally forced to. And it usually takes something drastic to make them change. My friend said she is actually glad she lost the job and was forced to move, because otherwise she would have lingered in a bad situation forever. Sound familiar?

Get out of your routine

We are creatures of habit and tend to get into our comfortable routines. This is why ideas get stale. Innovation is all about getting out of those comfortable routines and embracing uncertainty, wherever it takes you. Whether it’s a new invention, new business idea, or to another state. If you want to be innovative, you have to shake things up constantly and willingly jump into the unknown with your mind and heart wide open.

When I do an innovation keynote speech, I usually drag people on stage to play some improv games. I have no idea what direction they’ll go in, and neither do they. But some brave volunteers like the challenge of uncertainty. They embrace it and welcome the chance to jump off the cliff.