Can Creativity Be Automated? 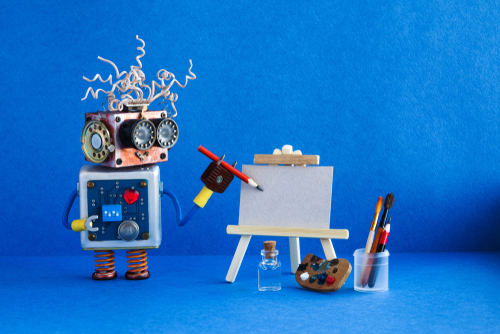 The topic of artificial intelligence taking over the world has been something fiction writers have been talking about for years. But should we be worried about robots taking over our jobs? I mean, they are already capable of cleaning our floors, like the Roomba, and they can drive our cars. But those are manual tasks. What about creativity artificial intelligence? Can that also be automated? And should actors, speakers, writers and artists be worried about losing a job to SpeakerBot 2000?

Moshe Vardi, a computer scientist from Rice University believes that day may be closer than we think. In fact, he believes that within 30 years, artificial intelligence could put half of all humans out of a job. “We are approaching a time when machines will be able to outperform humans at almost any task”, said Vardi. Then “what will humans do?”

And he’s not the only one who thinks that. Michael Osborne and Carl Benedikt Frey, are University of Oxford researchers who have estimated that 47% of all US jobs could be taken over through automation by 2033.

It’s not all bad news though. Automation has raised productivity in the industrial sector, but the bad news is that it has also raised unemployment.

Will a robot take over my job?

So, does that mean that robots will be able to take over all jobs? What about jobs that involve creativity? Most experts say that creatives are relatively safe from being replaced by a machine. Osborne and Frey have concluded through their research that 90% of creatives don’t have to worry about losing their jobs to robots. Other things maybe, but not robots.

That doesn’t mean robots couldn’t eventually evolve into a creative force to be reckoned with. But for now, robots lack complex problem solving, empathy, and intuition, all elements that can be used by a creative person to do their job. But, we’ve been wrong about robots before. So maybe artists shouldn’t take them for granted.