What Will the Farm of the Future Look Like? 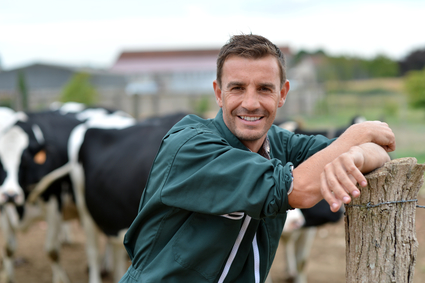 Farm of the Future

As the innovation keynote speaker last week for the Utah Farm Bureau Leadership Conference I realized the agriculture industry is in the midst of quite a bit of disruption. And the farm of the future is in for a change. But it hasn’t always been that way. For almost a thousand years, innovation in agriculture never changed. Farmers from Julius Caesar’s day basically used the same tools that George Washington used.

All industries will eventually be disrupted, and agriculture is no different. You could say that the first disruption in the industry happened in 10,000 BC. We transitioned from being hunter-gatherers to putting down roots in stationary farming.

Disruption in agriculture happened again in the 18th century when farmers developed one of the most important innovations, which was crop rotation.  It greatly increased crop yields by improving soil performance.

Three important agricultural inventions were the plough, seed drill, and threshing machine. The plough was already around, but became more advanced. The seed drill measured and positioned seeds in the correct distances and in the correct depth. Though invented by the Chinese in the 2nd century BC, it was improved upon in the 16th and 17th centuries. The threshing machine removed seeds from stalks and husks.

As a kid I worked on our neighbor’s farm and learned early on the connection between the farm and the food I ate. Now there is a movement to educate the public about the farm to table connection as the agriculture industry faces major disruption.

One major area of disruption in farming is actually a very old idea that’s making a comeback – hydroponics and aquaponics. Hydroponics is a method of growing plants using mineral nutrient solutions in water instead of soil.

Aquaponics is a system that combines conventional aquaculture – raising aquatic animals such as snails or fish in tanks, with hydroponics – growing plants in minimal water.

One of the biggest challenges for the rural farmer is in shipping costs to get their goods from the farm to the cities. Urban farms are starting to pop up in big cities where they can use vertical farming and hydro and aquaponics.

As self-driving vehicles and drones improve, I can see the competitive advantage changing for rural farmers as the cost to ship their goods goes down, but real estate in big cities doesn’t.

The old hard copy of the Farmer’s Almanac is being replaced with high tech data that monitors weather patterns.

As I watched the series “The American Farm” I noticed something that will definitely change how farmers run their businesses. The farmer was under a strict deadline to make sure all of his cotton was harvested before the storm hit. They worked all day and through the night and just barely finished first thing in the morning before the rain started.

With self-driving vehicles, that will all change. Having equipment that runs itself frees up a lot of time so that farmers can do other things. On a farm there’s never a lack of work to do and robots are starting to fill labor shortages.

The Swiss company EcoRobotics has developed a weed killing, solar-powered robot that can work up to 12 hours a day. It uses 20 times less herbicides and doesn’t harm the crops. Blue River Technology has developed AI which also kills weeds, and uses advanced technology to determine the difference between crops and weeds.

With robots doing more of the work in the fields, farmers can focus on diversifying their income. I’ve been hired in the ag industry to teach income diversification based on my book “The Money Garden: How to Plant the Seeds for a Lifetime of Income“.

One example is the old fashioned pumpkin patch. On an episode of “The American Farm”, one farming family was facing financial hardship and repayment of a bank loan. It was the simple idea to start a pumpkin patch that saved the day.

Rural farms have long been separated by the city, but that is changing. New generations are hungry (no pun intended!) for experiences, and city dwellers are paying good money to have a farm experience. I did it myself when I went to New Zealand years ago. We stayed on a sheep farm and slept in a guest house on the property. The family showed us around the farm and even cooked dinner for us using fresh ingredients they grew or raised themselves. There’s nothing like fresh farm food!

Blue Hill at Stone Barns does a great job of bringing city folks out to the rural farm area in Pocantico Hills, New York, located about 30 miles north of New York City. The upscale restaurant operates within the Stone Barns Center for Food and Agriculture. There are no menus, and a dinner will run you at least $300 per person. Did I mention that it’s sold out 2 months in advance? Getting to the location from the city isn’t easy or cheap, so they have done a great job of communicating the “farm to table” value of investing the time and money to visit them. And visitors are educated about their food and where it comes from.

The farm of the future will look very different from the one I worked on as a kid. Now cows have their own fitbits, facial recognition to track how much milk they’ve given, and even cow massages.

But progress can be good. Since the Industrial Revolution it’s freed up more of our time to do other things. Inventors and innovators are notorious for disrupting industries, and you simply can’t stop progress in the farm of the future.

All industries will change, but it takes an innovator to use that change as an opportunity. What I’ve realized in speaking to farmers is that they already have that creative and innovative spirit. With the rapid disruption of the agriculture industry, there will also be an enormous amount of opportunity. But things can’t be done the same way they’ve always been done. Innovation and income diversification provide an exciting future for our farmers to be more productive and prosperous! The farm of the future looks promising.