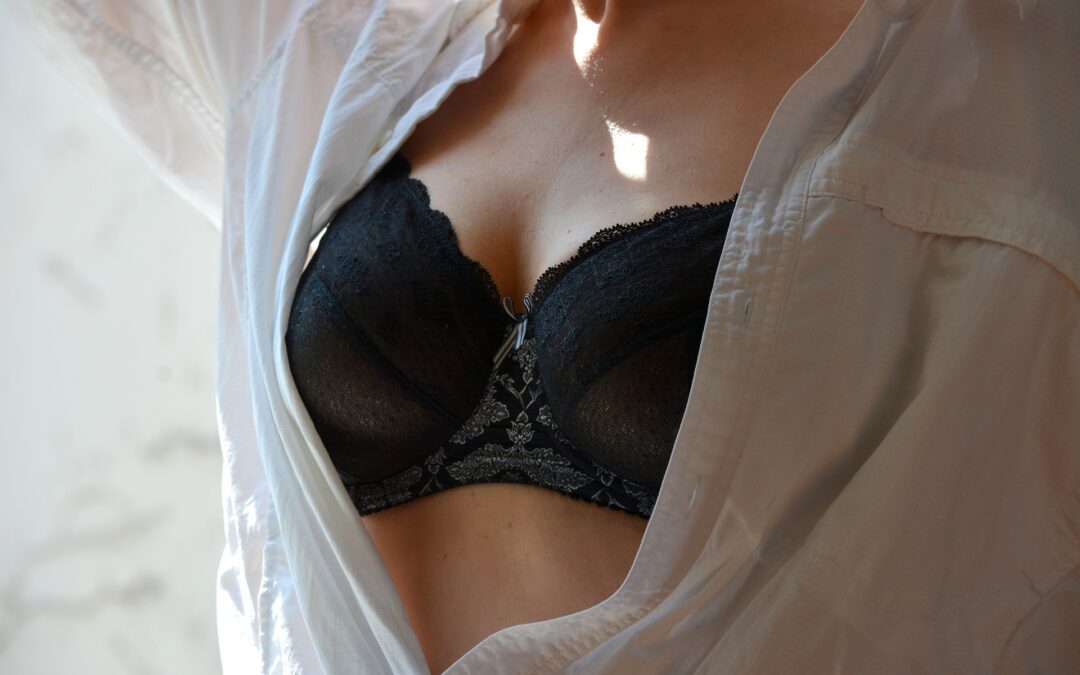 Inventor and art patron Caresse Crosby lived the life of an upper class debutante in New York and Connecticut growing up. One night while she was dressing to go out to another ball, she put on her customary whalebone corset under her evening gown. Disappointed in the way it made her dress look, she called her maid to help her fashion another garment to wear underneath.

She stitched together two handkerchiefs which accented her bustline, instead of the clunky corset women were wearing.

At the ball she was mobbed by women intrigued by her new invention. When a stranger offered her a dollar for one, she realized she might have a valuable product on her hands and she set out to patent it.

Her patent claims stressed that it didn’t interfere with evening gowns and was suitable for a variety of different customers. It also stressed the versatility of uses from evening wear to tennis wear. The patent and trademark office granted her a patent. She called it the Backless Brassiere.

She decided to manufacture the product herself. Then she formed the Fashion Form Brassiere Company where she hired women to sew the garments. At the request of her new husband, who had a very generous trust fund, she closed the shop and sold the patent to the Warner Brothers Corset Company for $1500. They went on to make over $15 million on the product throughout the years. The “crosby” bra that Caresse had manufactured was manufactured and sold by Warner Brothers for a while, but the style never caught on and it was discontinued.

Caresse and her new husband, Harry Crosby, went on to live an adventurous and exciting life, traveling around the world in a whirlwind of art and decadence. They became publishers and art patrons who rubbed elbows with the likes of Dorothy Parker and Salvadore Dali.

The bra inventor and art patron claimed her place as one of the small percentage of inventors in the world who are women.