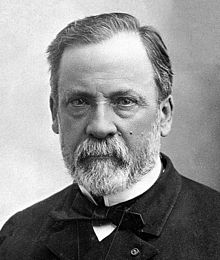 Because of the nature of their jobs, many inventors are scientists and engineers. One scientist who was also an inventor was Louis Pasteur, a French chemist and microbiologist, who was known for his discovery of pasteurization and microbial fermentation. His germ theory states that many diseases are caused by microorganisms and his scientific breakthroughs in the cause and prevention of disease have saved millions of lives.

Pasteur invented the process known as pasteurization, where bacteria are destroyed by heating beverages, like beer, wine and milk, and allowing them to cool. This all started with a bad batch of beet juice. While serving as the Dean of the Faculty of Science at the University of Lille, he was given a problem to solve.

Lille was where much of the alcohol was made in France at the time. And a man named M. Bigo was working at a factory that made alcohol from sugar beet. Several vats of beet juice had gone bad and he hired Pasteur to find out what the problem was. He noticed a thin film of grime covered the juice in the vats that had gone bad. Pasteur figured out that it was tiny micro-organisms coming in from the outside air that were causing the problem.

The wine industry suffered from the same problem. Wine disease was affecting a portion of the exports from France and spreading across Europe. The affected wines would taste bitter, sour, or had no taste at all. Pasteur’s simple method of pasteurization, or applying heat and minimizing exposure to bacteria, didn’t kill all the microorganisms, but enough that it would keep the wine from tasting sour or bitter. This revolutionary process would change the wine industry forever.

Louis Pasteur left us with the Institut Pasteur, one of the world’s leading research centers, to carry on his work. The non profit foundation was set up to continue his studies of biology, diseases, vaccines, and micro-organisms. The organization has been at the forefront of groundbreaking research on infectious disease, including being the first to isolate HIV, the virus that causes AIDS. 500 permanent scientists and hundreds of visiting scientists work diligently at the Institut to keep Pasteur’s legacy alive.