3 Reasons People Resist Change and How to Fix it 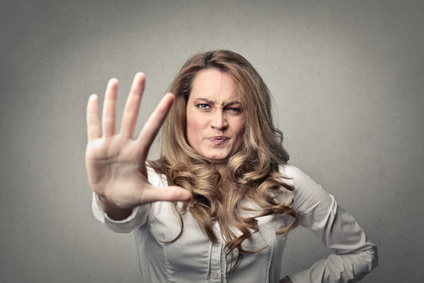 Change is something that’s going to happen whether you want it to or not. As a business owner, if you wait for change to happen, your competition is going to eat your dust. Getting stuck in the same old tired ideas that aren’t working anymore is a formula for failure.

As a keynote speaker and consultant, I’m hired by corporations to encourage their employees to change and think differently. I stand on a stage and cheerlead for them to try something new and break out of their old patterns of thinking.

When You Resist Change Your Brain Stays Stuck in Neutral

But the truth is that we all resist change, including myself. Patterns become engrained in our brains. Unless we constantly create new pathways, new connections, new experiences, and new ideas, those neural patterns are doomed to stay stuck in neutral.

Welcome Change if You Want to be an Innovator

Are there people who spend their whole life stuck in neutral? Sure. But they will never be innovators. Companies, individuals, countries, communities, and organizations that stay stuck in neutral risk developing brains (and companies) that are deeply embedded in sameness. By using the same neural pathways over and over again, it gets harder and harder to get out of that rut. Kind of like a car that gets stuck in the mud. If you keep your foot on the gas, all you do is dig yourself deeper into that rut. Neural patterns in the brain work the same way.

So, one reason people resist change is because change is hard work. If you want to grow new neurons and build more connections, you’ll have to work those areas of the brain that are weak. Just like a weak muscle, weak neurons require a lot of work. And not everyone wants to work that hard.

This is why I disguise my creativity and innovation work as play. When we are playing we get lost in the moment and we’re much more likely to suspend criticism and simply have fun. It becomes easier to try something new and experimental.

Fear of Being Different

Another reason people resist change is because they fear being different from everyone else. The worst thing I hear from organizations is “that’s the way it’s always been done”. As an outsider I can instantly see when something doesn’t make good common sense. As an outsider I can question those things without fear of retribution. But for those in the organization who have to live with those bad choices every day, sometimes it’s safer just to go along and not rock the boat. It takes courage to buck the trend and stand up for change, but being different is what helps create your competitive advantage. True innovators who are willing to stand out from the crowd and be different are the ones who rise to the top.

Not in Their Best Interest

The third reason people resist change is because it doesn’t work in their best interest. If someone is in a good, cushy, high paying job, radical change may not be in their own best interest. Why upset the apple cart and risk losing that sweet gravy train? Again, as a consultant on the outside looking in, it’s baffling the amount of money that’s being wasted on stupid, stuck in the mud decisions.

I have a friend who takes over failing companies and turns them around to make them profitable. One of the first things he does is eliminate the waste, fraud and abuse in the company’s budget. He eliminates duplication, like having two vice presidents, both with big salaries. Neither of those people would ever complain or instigate change because it’s not in their best interest.

Management can help their employees adjust to change by letting them know what’s going on and being honest about how the change is going to impact them. Also, involving them in the change will help ease them into it and give them permission to speak their minds about it without fear of punishment. Change is not only inevitable, it’s vital for growth.