The Woman Inventor That Saved the Cotton Industry 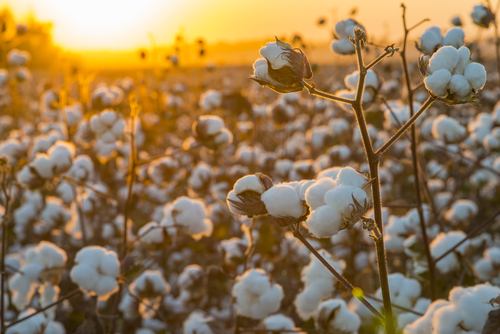 Woman Inventor in the Cotton Industry

One reason only a fraction of patent holders are women is because women simply aren’t encouraged to invent. That wasn’t the case with Ruth Benerito, who was surrounded by encouragement in her formative years, which was spent in the grips of the Great Depression.

Her father was an engineer, who made sure his daughters had access to the same education that was available to boys, at a time when girls didn’t go on to college. Ruth started her college education at the age of 15 and earned a degree in chemistry and math. But chemistry suited her the most because she enjoyed solving practical problems. Her parents both encouraged her to compete in a man’s world. Back then STEM fields were even more of a man’s world than they are now.

She spent most of her career working at the US Department of Agriculture in New Orleans. It was there that she began researching cotton fibers and would go on to hold 55 patents in that area. Before Ruth’s system of chemically treated cotton was invented, clothing had to be ironed by hand, which took considerable time. Cotton clothes could now, not only be wrinkle resistant, but flame and stain resistant as well. This was through her process known as cross linking.

Patents in the Cotton Industry

Since synthetic materials like nylon and polyester had already been invented, many people were switching to those to avoid ironing. For this reason, Ruth was known for saving the cotton industry with her new inventions in wash and wear fabrics. Her research and patents in the cotton industry would become the basis for new, future developments in that area. Ruth, like many other woman inventors, created something that would save women time.

She also developed a way to deliver fat intravenously to patients who were too sick to eat. This was a method used to feed seriously wounded soldiers during the Korean War.

She enjoyed a long career as a chemist and inventor, retiring in 1986. Ruth received the prestigious Lemelson-MIT Lifetime Achievement Award for her work on textiles at the age of 86. She was elected to the National Inventor’s Hall of Fame in 2008. She’ll always be known as the woman inventor who saved the cotton industry with her innovative thinking.