Disruption in the Meeting Industry 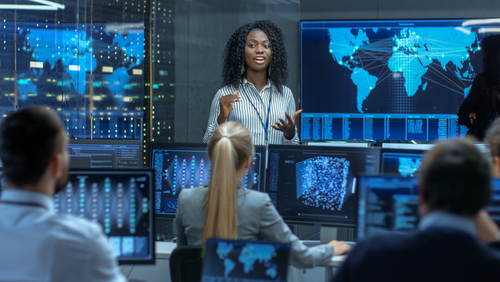 Meeting planners have always had to think on their feet. With so many moving parts to a meeting, planners have to be prepared for anything that could possibly go wrong. Maybe that’s one reason their job is one of the most stressful out there. Meeting planners always have to plan for disruption in the meeting industry.

There is the obvious disruption, like a severe storm that prevents attendees from getting there. Or a storm that prevents an event from taking place. Safety and security measures are also obvious. Meeting planners prepare as best as possible and have insurance to cover their butts. Maybe also have guests sign wavers for interactive activities that might be risky. Better to be over prepared than under.

But I haven’t spoken to anyone yet who could possibly imagine the entire industry being shut down for months at a time. It seems incomprehensible. Covid was a knock upside the head that blindsided every one of us. Meeting planners and speakers were totally unprepared for the amount of disruption in the meeting industry.

An industry blindsided by disruption

It happens in every industry and to every organization. The newspaper industry is a good example of an industry that was totally blindsided by disruption. It started with radio. This was the first technology that disrupted newspapers. Everyone in the newspaper industry thought the industry was dead. But it wasn’t. Even when another technology, television, came along, it still didn’t destroy newspapers. People were just able to get news from different sources. In 1990, newspaper distribution was at its highest. Ad rates were through the roof. Newspapers rely on ad revenue and subscription revenue. And that’s what really became the turning point. They never saw Craig Newmark coming.

“Hey, do you know anybody who wants to buy a car? I’ve got a car to sell. Does anyone know anyone who needs a job? I’m looking to start hiring.” That’s how it started. It just grew and grew and grew. He eventually took that list and put it online. He quit his job to run it, and now Craig’s List is worth millions of dollars.

Anyone can come up with an idea

Now, anyone in the newspaper industry could have come up with that idea. But why would they? They were making millions of dollars. Some people in the industry said it was like printing money.

At the time Craig’s List came along, newspapers were charging an astronomical amount of money for ads because they had no competition. How could they have predicted someone giving away what they were charging a fortune for? How could they have predicted free classified ads? It happened so suddenly. They didn’t know what hit them. And they never recovered.

In a recent BBC interview:

The company went from generating millions of pounds in revenue to near zero in just weeks, because of lockdowns.

“Over 10 years of hard work building the company up from nothing, reinvesting each year for growth, taken away cruelly in the space of a couple of weeks, with no clarity on when the industry can resume,” Mr Walker says.

Most meeting planners are either planning on going virtual or cancelling events altogether. It’s better than nothing, but is missing so much, from the human interaction, to networking, to the travel. (some of us do like that part!)

Like I mentioned before, technology can change your business and entire industries. Just like radio disrupted newspapers, and then Craig’s List of online classified ads disrupted them again.

The term “creative destruction” was coined by Austrian economist Joseph Schumpeter in the 1940s to describe the way technological progress improves life for most people, but some are going to have their livelihoods disrupted. The invention of the automobile was great for most of mankind and was a huge improvement in transportation. But people who made horseshoes had to pivot their business or go under.

Is there a better solution?

As an innovative keynote speaker who speaks on disruptive innovation, I am always looking for a different answer. Maybe just going virtual is the right thing to do. Maybe there is a better solution or a different solution. Just following what everyone else does will never make you an innovator. Sometimes the solution comes from another industry. The meeting of the future may not even be anything we have thought of yet.

Richard Saul Wurman came from a background as an architect and graphic designer. But his most valuable skill was his insatiable curiosity. He has published over 90 books on incredibly divergent topics such as finance, healthcare, travel, media and psychology. It’s this vast wealth of diverse knowledge and extreme curiosity that has made him so prolific and innovative. He looks everywhere for a solution to a problem.

Change in the meeting industry

He wasn’t even in the meeting and event industry in the beginning. Yet he changed it in profound ways when he created the TED conference. He did it by asking questions. What if we took the podium away? What if speeches were shorter? Or maybe limited the number of people who could attend? He took the whole concept of what a meeting or event conference was and turned it on its head.

Hybrid meetings have been on meeting planners’ radars for the past few years. And conference attendees have been craving something different. Something they can’t get on the Internet. This is one reason face to face meetings will never go away. We need all of our senses to be stimulated. And we need the human connection.

Archaeologists have found evidence in primitive ruins that people have been gathering for meetings and networking for far longer than we imagined. And that will never stop. But how we meet will constantly change. Just prepare for the fact that disruption in the meeting industry is certain.

Are you a meeting planner looking for ways to innovate your meetings? Contact me to learn about my speech “How to Become a More Innovative Meeting Planner.”