Innovations in the Fire Industry 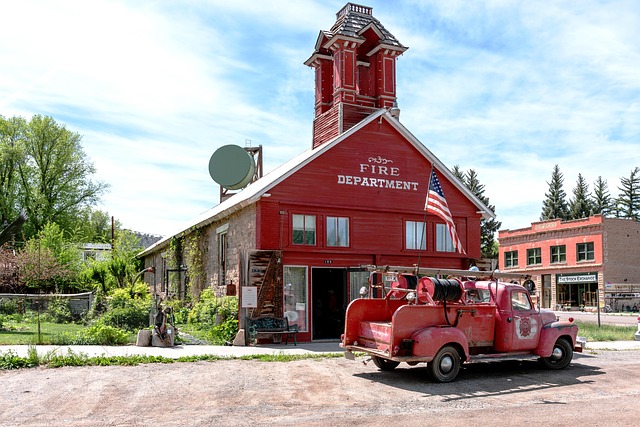 Innovations in the Fire Industry

Last month I had the pleasure of being the innovation keynote speaker for the Southeast Michigan Fire Chiefs Association. The speech was on “Fire Industry Leadership in the Age of Disruption” and innovations in the fire industry. It was an honor to be among so many heroes. What I didn’t know is that 69% of all firefighters in the U.S. are volunteers.

Change and Disruption in the Fire Industry

All industries, including the fire industry, are constantly having to deal with change and disruption. According to the National Volunteer Fire Council, there is a long list of problems involving recruitment and retention of firefighters today. Some of those include more demands on time. Both parents working. More demanding training. More alarms to respond to. Less community pride. And failure of leadership to manage change.

All change can be seen as an opportunity for new inventions and innovation. Just like the military, the fire industry is full of innovation. From the early days of the simple bucket brigade, fire industry professionals have been dreaming up new ways to fight fires.

In 1824 Charles Dean invented a Medieval-looking device called a smoke helmet after experiencing fires on ships at sea. He obtained a patent for it and eventually sold the patent. But the idea never really caught on, so Dean refashioned it into a diving helmet for the diving industry, which did catch on.  Sometimes an idea that is meant for one industry will become even more popular in another industry.

A Danish inventor came up with an invention called the Fire Express, a compact, mobile device that uses 93% less water to fight fires. Because of its precision accuracy, the Fire Express only uses 5 gallons of water to put out a car fire. The patented dual nozzle is able to produce micro drops of water or foam at a range of up to 15 metres.

Two engineering students from George Mason University have figured out a way to put out fires without all the messy chemicals. They use low-frequency bass sound waves. It works on the principle of focusing deep sound waves, a type of pressure wave, in a specific direction, instead of spread out like music. Right now the invention is only effective at putting out small fires. But they’re working on a device that could be used on a larger scale for forest fires.

The Dubai Civil Defense launched a fire innovation called Dolphin, which is a water jetpack that enables firefighters to put out fires on bridges, boats, and shoreline buildings.

Firefighter Peter Thorpe was tired of responding to unattended stove fires that could have been avoided. So he invented Fire Avert. It’s a simple product that shuts off your stove if it’s left unattended. Fire Avert automatically shuts off the stove when the smoke alarm goes off.

Boston firefighter Rob Duffy invented the Quick Step Anchor after his friend fell off a roof. Many times firefighters are also dealing with less than perfect conditions like ice and snow. Rob’s invention anchors into a roof so you have better traction while up there fighting fires.

Inventor and firefighter Jeff Stroope came up with the idea for Hy-Conn after dealing with the problem of connecting fire hoses to fire hydrants. It’s a time and labor-intensive process for firefighters. Hy-Conn cuts down on the time it takes to hook them up.

It’s hard to say what will come next in the fire industry. I’m sure robots will probably play a big part in firefighting in the future. But, I look forward to seeing many more innovations coming from the fire industry.