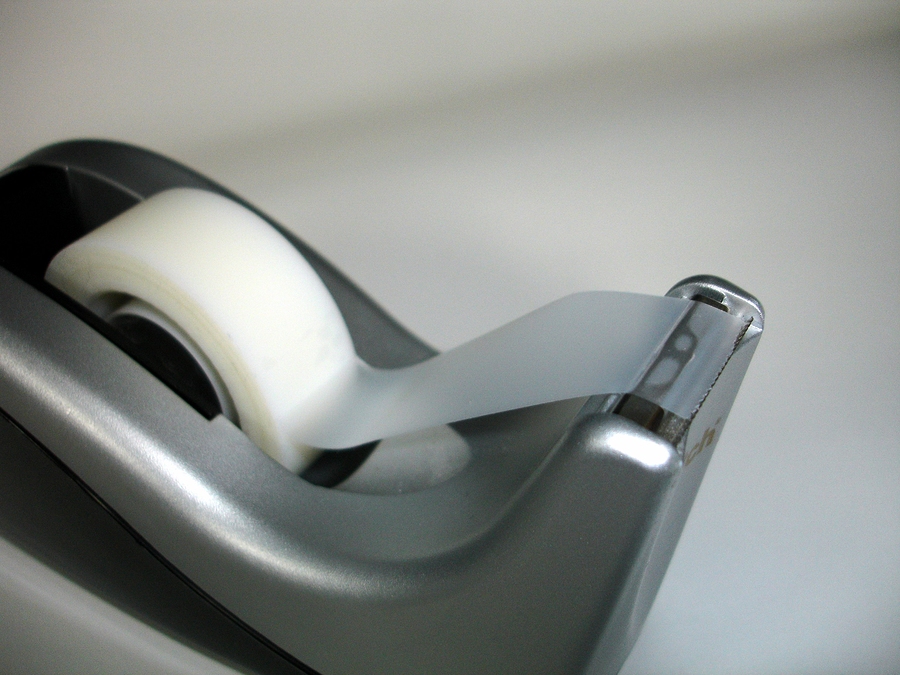 As a creativity keynote speaker, one of the things I talk about is serendipity, or finding something valuable that you’re not looking for. Scotch brand tape was one of those serendipitous ideas. Invented to solve one problem and ended up solving many more.

One way many inventors come up with ideas for inventions is by seeing a problem that needs solving. Usually it’s your own problem. But in the case of Richard Gurley Drew, inventor of scotch tape, it was a problem bodyshop owners had.

He had just dropped out of college where he had been studying engineering and gotten a job at the 3M company. He spotted a problem that would change the trajectory of his career.

Cars with two-tone paint were popular in the 1920’s. But it wasn’t a very easy job for the people who painted them. Richard was making his rounds delivering sandpaper samples to bodyshops when he overheard the guys painting those two-tone cars complain about the process. They would paint the car, then cover the painted part by gluing newspapers to part of it or using tape. But the tape didn’t work very well.

With a limited knowledge of chemistry, and an enormous amount of hutzpah, he promised the painters he would invent a type of tape that would help solve their problem.

He set out experimenting with different types of oils, resins and glues. Like all inventions, there were a lot of failures. Either the adhesive was too strong or not strong enough. Eventually he came up with a tape that would adhere strongly and strip off easily.

About that time Dupont had invented cellophane, which was used to package baked goods, but they didn’t have an effective way to seal the bags. Drew thought he could figure out a way to make the tape so it would seal the cellophane bags seamlessly. It wasn’t as easy as he thought. By the time he finally got the tape to work, Dupont had already started using a self-sealing material.

It was now the first full year of the Great Depression, which was the worse time possible for a company to be launching a new, untested product. But serendipity was once again at play because Scotch tape turned out to have many valuable uses to people who were struggling during the Depression. The tape helped them prolong the life of items they couldn’t afford to replace. Like books whose pages were torn, window curtains with tears, or even torn clothing.

Though customers loved the product, they complained about the tape disappearing into the roll once it was used. It was hard to find the end of the tape. So another 3M employee invented a solution to that problem. The tape dispenser.

Sales manager John Borden experimented with it for about 18 months and finally came up with a snail-shaped tape dispenser that had a built-in cutter blade. So each tape use was perfectly cut and ready for the next one. That shape hasn’t changed much since it’s invention in 1939.

This is a good example of inventing an add on product for a particular product or line of products. This alone can generate an enormous amount of money for a company.

While other companies were laying off employees during the Great Depression, 3M was one of the few in the world that didn’t. All thanks to the success of a serendipitous invention and an inventor who saw opportunity where others only saw a problem. The inventor of Scotch Tape, Richard Gurley Drew.