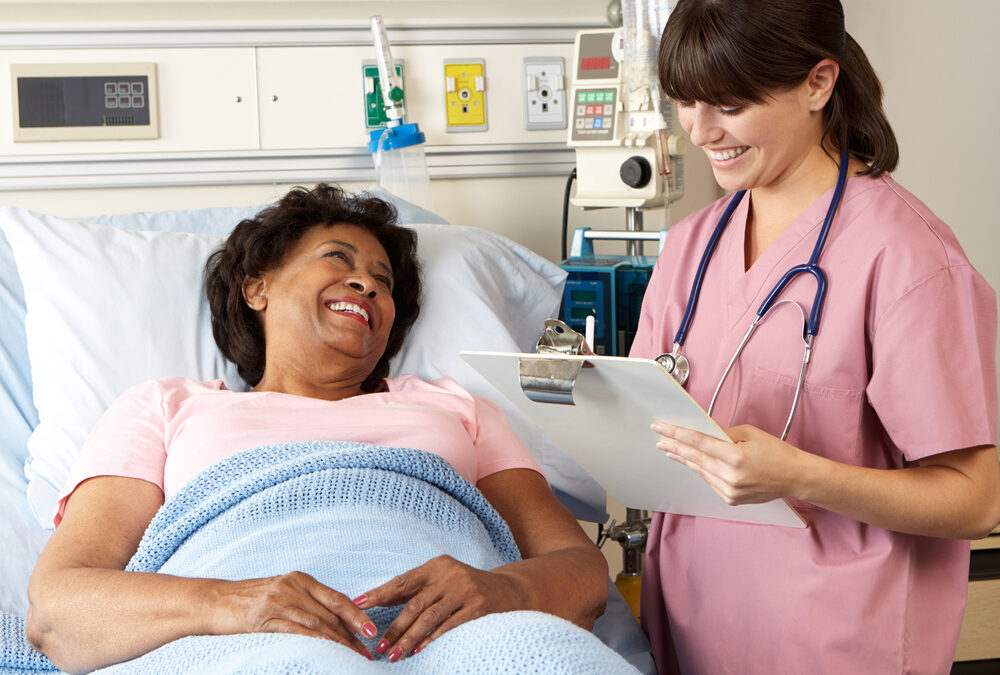 Nurses are problem solvers. They are up close and personal with their patients and see them on a daily basis. They are able to notice slight changes in a patient’s health since they spend so much time with them. So it makes sense that they would be able to invent products and create innovations that would help to solve their patients’ problems. Here are some examples of nurse innovators and inventors.

Florence Nightingale is known as the founder of modern nursing. Her views on sanitation were progressive and greatly improved the quality of healthcare in the 19th and 20th centuries. She designed the process of nurse rounding, a bell system for calling nurses, and a food delivery plan for hospitals. She also established the polar-area diagram. A tool that tracked the number of deaths due to disease and wounds.

But there have been many people who have become nurse innovators and inventors through the years. Their attention to detail and ability to problem solve make them good candidates for innovators in the healthcare sector.

In the 1940s, Adda May Allen was working as a nurse at the Columbia Hospital in Washington, D.C. when she noticed that babies would become exhausted while trying to suck on traditional bottles. While a baby sucked on a traditional bottle, a partial vacuum formed, which inverted the nipple. So, she created a disposable liner that could be thrown away after one use. The plastic liner allowed the sides to close in while the baby drank the milk.

The defibrillator and resuscitation equipment in a crash cart could save your life in case your heart stops. It was invented by Anita Dorr, a registered nurse and co-founder of the Emergency Nurses Association. She originally called her invention the emergency nursing crisis cart. It’s a wheeled set of drawers filled with equipment and is called a crash cart today. Anita invented it after watching too much time go by as doctors and nurses looked for the correct tools to use.

Even though nurses are there for their patients, the patients still want to have as much independence as possible. Bessie Blount Griffin was an astute nurse who realized that. Paralyzed veterans during WWII weren’t able to feed themselves. So she invented a tube that would allow you to bite down on it with your teeth and feed yourself. She filed and received a patent for her “Portable Receptacle Support” on April 24, 1951.

Registered nurse Josephine Fountain in known for inventing and patenting the direct suction tracheotomy tube, which addresses a common complication in tracheotomy operations. The mucous secretions within a patient’s trachea block a portion of the inner cannula tube. Her invention solves the problem with a suction tube.

Lorraine Parthemore was a nurse innovator and inventor who says she developed her inventing skills growing up on a farm. She had little money and was forced to be more creative with what she had. (A very good skill inventors should always use, no matter how much money they have to work with)

Lorraine’s experience as a nurse was in orthopaedic surgery. She wasn’t happy with the traction method that was used during anterior cervical fusion (a surgery that involves removing a damaged disc from the neck and replacing it with a bone graft). The bulky equipment was hard to work around. She wanted to come up with a better way. She created a device that was a freestanding pulley with a counterweight which could be directly attached to the operating table. It was able to keep the neck in traction and reduce operating time. She eventually formed a commercial relationship with a medical equipment company, who got the product on the market.

Johnson and Johnson launched their Nurses Innovate QuickFire Challenge. They explain it on their website:

The goal: invite nurses across the U.S. to submit their ideas for forward-thinking medical devices, health technologies, protocols and even treatment approaches. Winners would receive up to $100,000 total in grants, mentoring from experts at Johnson & Johnson and access to the Johnson & Johnson Innovation, JLABS, ecosystem of healthcare start-ups.

And that’s just the beginning: The company plans to roll out five more such challenges over the next three years, including the just-launched Nurses Innovate QuickFire Challenge in Perioperative Care, which is focused on innovative ideas that can help improve care for surgical patients before, during and after a procedure.

Nurses have the ability to improve their patient’s care, help reduce costs, and increase efficiency in hospital or healthcare settings. Part of the skill of an inventor is seeing the details and opportunities that others miss. Expect to see more nurse innovators and inventors in the future.