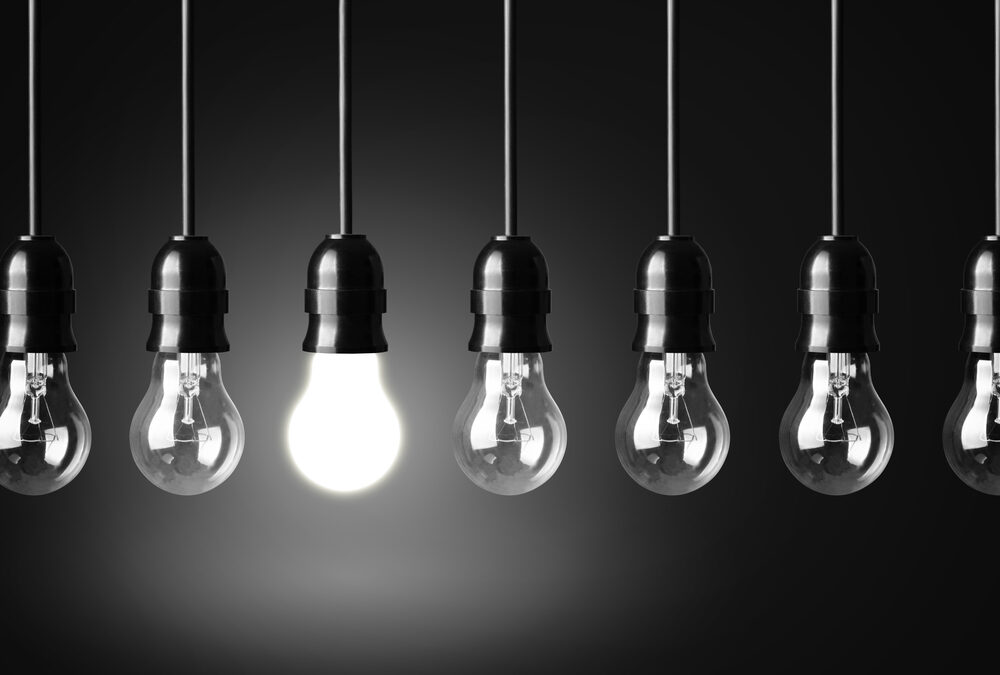 If you ask 10 people “What is innovation?”, you might get 10 different answers. As an inventor and innovator, my answer is “Any new idea that adds value”. I know that’s a little simple and broad. Innovation is putting those ideas into practice, and coming up with a product, service, or business model that creates value that customers will pay money for or improves a process. A beautiful sand castle might be new and creative, but if it doesn’t add value and no one would pay for it, then it’s just a beautiful sand castle. But if you invent an innovative way to preserve sand castles or a new patented sand castle mold, that would qualify as an innovation. All inventions are innovation, but not all innovations are inventions.

What is innovation? One of the definitions of innovation in Webster’s Dictionary is this:

1: a new idea, method, or device
2: the introduction of something new
According to Wikipedia:
Innovation is commonly defined as the “carrying out of new combinations” that include “the introduction of new goods, … new methods of production, … the opening of new markets, … the conquest of new sources of supply … and the carrying out of a new organization of any industry”

Innovation = anything new and novel which adds value

I would like to boil it down into a very simple statement: Innovation is anything new and novel which adds value.
It’s the kind of thing you recognize when you see it. A great innovation will make you ask “Why didn’t I think of that?” This could come from a problem you have that needs to be solved, or you may come up with an innovation to something you didn’t even know you needed. It could be an improvement on a current product or something completely new and disruptive. It needs to be something that is put to use by others in society, whether it is sold or not. Innovation is an action word. An innovative idea that isn’t put to use is simply an idea. It doesn’t benefit anyone.
Innovation is about the execution of a idea, which is far more difficult and complicated than just simply having an idea. People come up to me all the time and see my wrist water bottle invention and say “Why didn’t I think of that?” The answer is that you could have. Anyone could have. But I found out the hard way that the execution of an innovative idea is brutal. It takes an enormous amount of time and energy, not to mention money, to get an idea off the ground and into the public’s hands. Getting people to stop using a regular water bottle and pul out their wallets to pay for something completely new and disruptive, has been the hardest thing I’ve ever done. But it is now sold in 25 countries around the world. So, it’s not just an idea in my head, but I executed the idea, which is now used by millions of people. I solved a problem for them and they bought the solution.

Innovation is a combination of things that existed before, put together in an original way. You could say that my wrist water bottle is a combination of a water bottle and a wrist band. That’s not how I came up with the idea, but I could have. A wrist band and a water bottle had both existed before. Psychologists would define this as “associative memory”. The ability to learn and remember the relationship between unrelated things. This is why having random bits and pieces of knowledge in your brain brings you closer to being able to think like an innovator. Being able to have this information floating around helps you solve problems and come up with more innovative ideas. Inventors may seem a little kooky for that reason, but we are fascinated with random bits and pieces of knowledge. We’ve trained ourselves to pul them up when they are needed to problem solve.
Coming up with an innovative idea is only half the battle. Convincing a large group of people to change what they have been doing is tough. Most people get stuck in their ways. Even if you have the best idea in the wold, getting them to change is not easy. Until an idea is universally accepted, you may be on your own as an innovator. The old way is running with a water bottle in your hand. I’ve had to convince people that running with a water bottle strapped onto their wrists hands-free was a better solution. I’ve been able to convince promotional products distributors that the wrist water bottle is a unique and innovative idea that gets people’s attention. The whole purpose in giving away promotional products is to get your logo seen. A logo on a unique product certainly does that. And I’ve sold most of them in that market.

According to Everett M. Rogers’ book on diffusion of innovation theory, there are five adopter categories that explain who helps to spread an innovation:

In the book “Diffusion of Innovations”, Rogers lists five reasons why innovations spread:

How will you get your innovative idea out into the world?