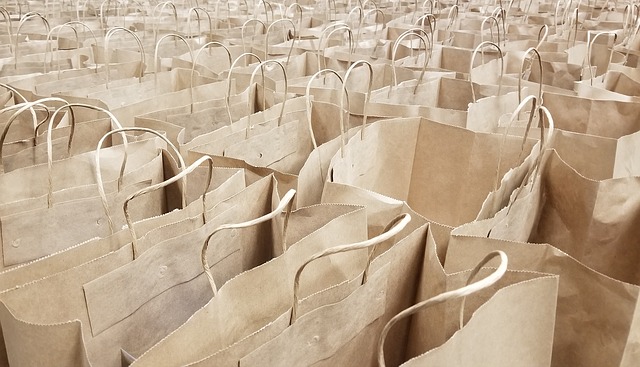 I’ll never forget the day I got a call from someone who was shocked that a woman had invented the wrist water bottle. We should be so far beyond that in our society, but the fact that fewer than 15% of all patents are issued to women proves that we still have a long way to go. I can only imagine the scrutiny inventor Margaret Knight must have gone through in 1871 when she invented the paper bag machine, which churned out flat-bottomed, foldable paper bags.

I can identify with Knight, who grew up a tomboy, choosing tools over dolls. She would much rather spend her time making sleds and kites for other kids in the neighborhood. I’ve noticed this tends to be a trait in a lot of women inventors. Like their male counterparts, women inventors are curious and like to tinker with things to see how they work and find ways to make them work better.

One of the things she made better was the loom at the cotton mill. Knight got a job working there when she was nine or ten years old after the death of her father. One day she saw a co-worker injured by a steel-tipped shuttle that had fallen out of the loom. This inspired her first invention, which was a shuttle-restraining device. It was soon being used in the cotton mills around the country to help prevent injuries. Since she was just a kid, she didn’t even know about patents, and wasn’t compensated for her product.

Years later when she was working in a paper bag mill she thought it would make more sense to have flat-bottomed bags, instead of the envelope style bags they had at the time. She came up with a model for it, but needed a working model made of iron in order to apply for a patent. So she took her wooden model to a machine shop in Boston. There it was seen by one of the workers, Charles Annan.

When Knight finally did go to apply for a patent she was told that someone else had already applied for the same thing. Turns out it was Annan. Furious that he had stolen her machine out from under her, she armed herself with an attorney and took him to court.

Witness after witness testified that she had indeed come up with the machine, and that Annan had stolen the idea from her. She had also kept an inventor’s diary to corroborate her claims. She was granted the patent and went on to partner with a businessman, who funded the business. She was paid money up front, royalties, and 214 shares of the company’s stock.

Margaret Knight had invented over 90 inventions and had been awarded 20 patents by the time of her death. In fact, she was still inventing at the age of 75.

The defense argued in court that the flat bottomed paper bag machine couldn’t possibly have been designed by a woman. But it was. Women inventors still hear these things today. I always encourage women inventors not to listen to the negativity. Women can invent and do invent. And the world needs more women inventors.