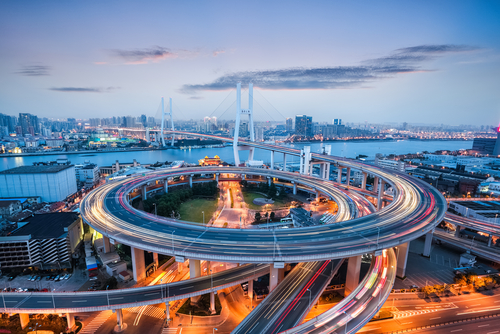 Ever since I saw the Jetsons flying around in space, I have anxiously awaited the day when cars could fly. But now that I’ve lived with the Los Angeles traffic for many years, changing lanes in the sky seems a little more challenging.
We have come a long way though. Drones can now drop off packages. But dropping off tiny humans in front of their school, like the Jetson kids, is still not ready for primetime.

The future is choice. Choice between dozens of different options such as: walking, bicycles, mopeds, scooters, city cars, mini buses, subways, light rail, regional aviation. And most importantly, many of these options are complimentary so that use of one increases adoption and utilization of several others. This creates a nice feedback loop that provides alternatives to conventional cars. Division of labor is taking over the transportation industry. Battery assisted bicycles and scooters are filling in the gap between walking distance and driving distance. For markets that are densely populated, there are more “last mile”options that will become available in various forms.

Flexibility is Future of Transportation

Parking spaces will shift to being time based. So during the day those same spaces can be bike lanes or open to city cars and shift back to something else during the non-peak hours. Traffic tech will adjust based on the types of “vehicles” (bikes, scooters, city cars, mini buses) operating within that area and time of day. Flexibility is the future of city streets.
For privately owned vehicles, driver assist with become the standard instead of autonomous solutions. Mini buses will end up being the most common AVs. Routes being hard coded to operate within tightly defined areas and only under ideal conditions. Think of the tram at the airport but with the rail being virtual and the remainder of the process is the same.
Any long term technology based solution for powering transportation needs to meet two key requirements. The solution needs to be rapidly scalable without requiring the physical extraction of materials and its needs to be a full closed cycle relative to emissions. For EV tech, the batteries will have to be fully recyclable on both a physical measure and economical measure. Synthetic derived fuels also meet this requirements and will be able to power flight, sea, rail, and long haul trucking. Our specialty is providing the strengths of batteries and synfuels without the weaknesses. We achieve this by using the air that we all breathe as a type of “fuel”. You can power commercial vehicles, farming equipment, constructions equipment, fork lifts, and other equipment.
Mark Cann
Cryo Energy
www.cryoenergy.tech

Future technology regarding transportation and vehicle development is unprecedented. This month only, Amazon announced that it will acquire Zoox, a self-driving startup that was started in 2014. Since then, it has raised nearly $1 billion in funding and has aimed to develop autonomous driving technology. This included vehicles, for the purposes of providing a full-stack solution for ride-hailing. The main purpose of this decision has to be Zoox’s ground-up technology. It includes developing zero-emission vehicles built specifically for autonomous use.

Hyperloop is another transportation technology that will achieve high speed traveling via gliding in tubes. This no longer is just a part of sci-fi movies but will soon become a reality. Nevertheless, plenty of engineering brainpower is being invested. Companies including Virgin Hyperloop One, Hardt Hyperloop, and TransPod are all working on their own systems (sciencefocus). So, everything looks very exciting regarding future technology.

Driverless shuttles are used around the world to show how cutting-edge technology will deliver huge benefits for communities. They improve public transport by connecting hubs and in many areas, provide a public service where there otherwise wasn’t one.

EasyMile’s EZ10s are involved in demonstration projects in 16 American cities, carrying tens of thousands of passengers. Most of these are by organizations like Departments of Transportation, airports, universities, and transit agencies in collaboration with US-based EasyMile Inc. Together we are learning how automated vehicles will integrate with transportation systems, bring new and unique jobs to the market, and help communities prosper.

Autonomous shuttles have enormous potential to change society and transportation of the future. They meet a clear market need for mobility particularly in cities and communities, and our prediction is that such locations will continue to be the earlier adopters of autonomous vehicles.They could change urban life on myriad levels. The obvious benefit is environmental. Electric, driverless vehicles will reduce emissions, more so if, as predicted. People switch to communal use rather than individual ownership.

We are reaching the ‘peak’ of cars and car ownership is now actually on the decline. Nevertheless this has led to congestion, significant greenhouse gas emissions, and continues to get in the way of more active ways of transport such as walking or cycling.

Now, more than ever, particularly young people are excited to not own vehicles and we’re seeing a decrease in drivers’ licences, creating an opportunity for a paradigm shift in how people use their vehicle to get around. But emission control is just the start.

Something about cars that we rarely think about is that they spend very little of their time on the road. Overall, private cars are used less than 10 percent of time, sitting in a parking space or garage for the rest of it. Even a sidewalk moves more people per hour on average than a car lane.

And if that’s the case, one of the biggest areas of change we could see from widespread shared autonomous transport use is the sudden provision of space. Imagine not needing to own your own car because you could call in a communal driverless vehicle any time you wanted; residences would suddenly have less need for garages and car ports, and that space could be reclaimed as livable space.

Expand the point, and cities in general could benefit from a reallocation of land previously set aside for car parks. The Transportation Research Institute at the University of Toronto has estimated up to 87 per cent of parking space could be freed up. A simple switch to convert these areas to green space could have even greater impact on sustainability. What’s more, with automated cars able to travel more closely together, the size of road lanes can be reduced, allowing for more pavement area or cycle lanes.

Essentially, the focus in cities could shift dramatically from the needs of its transport to the needs of its people, whose mental health would also receive a boost. You would no longer have to concentrate on the road when traveling – you could read, watch TV, sneak in some work before you get to the office, or just nap.

And that’s exactly why we believe EasyMile’s projects are so vital.

We’re on the cusp of a transport revolution and these projects provide the opportunity for the community to be part of the journey and the learning process. To see the benefits and ride the future.