Are You a Genius? 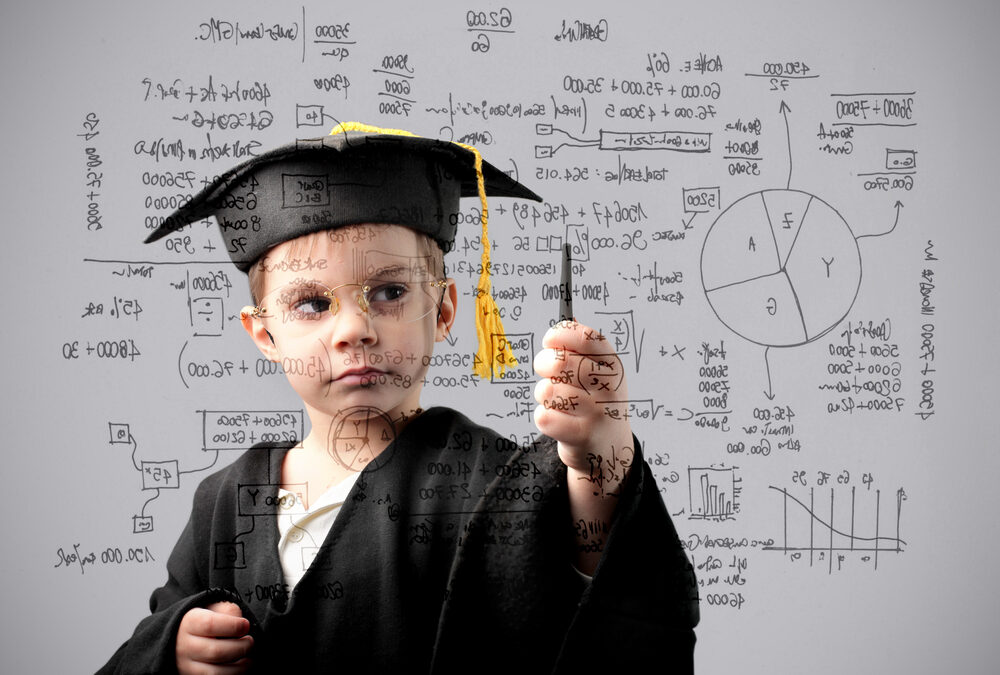 What do you think of when you hear the word genius? If you’re like most people, you think that person probably has a high IQ. But IQ test scores only measure problem solving and reasoning. It doesn’t measure creativity, and it doesn’t account for savants.

It’s been reported that artist Andy Warhol had an IQ of only 86. And the real life Rainman, Kim Peeks, had an IQ that is well below average. Yet he was able to read two pages at once (one with his left eye and one with his right). And could remember every piece of music he’d ever heard.

Stephen Wiltshire was a mute, who was diagnosed with autism when he was 3 years old and sent away to a school for children with special needs. Unable to speak, he was able to communicate on paper through drawings. Finally by the age of nine he spoke his first word, “paper”.

His drawings of landscapes got progressively better, and now he is able to draw a detailed landscape of a city after seeing it only once. After a brief helicopter ride over Tokyo, he drew a detailed and accurate picture of the city.

Psychiatrist Darold Treffert, who specializes in savant syndrome, believes that Wiltshire is able to tap into excess reserves of creativity through unique wiring between the left and right brain.

The study, “The Corpus Callosum of Albert Einstein’s Brain: Another Clue to His High Intelligence” was published in the journal Brain. It showed that the genius’ left and right brain hemispheres were unusually connected.

Studies have shown that the more different parts of the brain interact and connect with each other, the more likely it will be that that person has a higher IQ and is more creative. This makes perfect sense. People who are classified as geniuses, in IQ or creativity, usually have a wide variety of interests and are more curious.

Members of Mensa, also known as the “high IQ organization“, also have a wide variety of interests, in subjects like literature, science, language and the arts. The qualification for membership is that you must score in the top 2% of the population on their standardized intelligence test. There are more than 100,000 members worldwide and range in age from 2 to 102. (yes, there is a 2 year old mensa member!)

A genius will fail to find right answer

Even a society like Mensa doesn’t claim to represent true genius, which is the merging of intelligence, creativity, and outstanding achievement. True geniuses have an incredible ability to focus on a task with blinders on. They will explore all angles and cast a wide net to solve a problem. A genius knows they may have to fail a lot over and over again in order to find the right answer. Their intensity and passion for a topic or a project keep them energized and constantly searching for answers.

Have a flexible, open mind

But just having a high IQ isn’t an indicator of success. University of Michigan Professor of Psychology, Richard Nesbitt, thinks that curiosity is a better indicator. Also, being flexible, open minded, and having a tolerance for chaos and change helps.

Charles Darwin’s cousin Sir Francis Galton had a very high IQ. Much higher than Darwin’s. Galton had a great career as a scientist, but unlike Darwin, he never went on to master any of the fields he went into.

Darwin, on the other hand, focused on one passion and pursued it with vigor. He loved collecting biological specimens, and it became his life’s work. He was able to endure all of the hard work and learning because it wasn’t work to him. This is common among many people who dedicate their lives to something they want to master, until they rise to the top of their field.

Another genius, Leonardo di Vinci, was an extremely skilled painter, inventor, artist, scientist, engineer, architect, cartographer, anatomist, botanist and writer. He wasn’t just someone who dabbled in all of those fields, he actually mastered them all. Even if he had only painted The Mona Lisa and Last Supper, he still would have been a genius.

Da Vinci grew up poor and had no formal training. This may have been a blessing because he was left to his own devices and didn’t have to rely on what the scholars said. He was self taught and studied what he found interesting. Da Vinci observed the world around him, and spent a lot of time outdoors studying nature, keeping detailed notes of everything. He called himself a “disciple of experience” because he learned about life by observing it and experiencing it.

Da Vinci came up with theories and constantly tested them, using scientific method before it was invented. He was a creative genius who never wanted to copy anything someone else had done. As an inventor he came up with unique ideas like the anemometer (an instrument for measuring the speed of wind), a revolving bridge, which could quickly be packed up and moved, and scuba gear.

Like most creative geniuses, he would work on multiple projects at the same time, or what psychologists call “diffused attention”. Creative geniuses tend to have a variety of interests and are easily bored.

Sir Francis Galton was the first to put together a study on whether people inherit their genius or not. In his book “Hereditary Genius”, he argued that genius is something you are born with. But that argument has been challenged, most recently with Malcolm Gladwell, who says that genius is a product of years of hard work, dedication and practice.

Is a genius born or made?

Philosophers have wondered for centuries whether genius is born or made. Though a person may be born with some of the traits of genius, true genius requires an enormous amount of study and hard work to excel in an industry and reach the pinnacle. Geniuses are also able to come up with ideas no one else has ever thought of. So, it’s not just having the skill, but also coming up with innovative ideas.

This is why I believe creativity is something you have to work hard at to master. If you’re born with incredible genius genes, great. If not, there’s still hope if you really want to master something and rise to the level of genius.