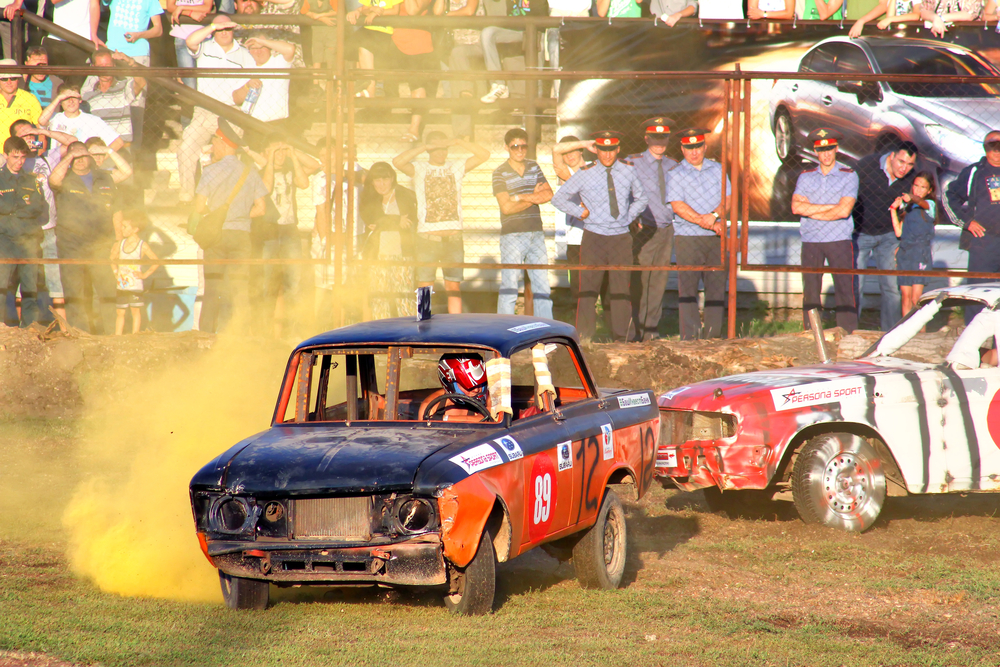 The Great Depression spawned innovative businesses and risk takers like the Demolition Derby, which is still around today. It’s well known and loved as a low budget, rural, blue-collar type of entertainment. And it started with the deliberate car crash, pioneered by Ward Beam’s Daredevil Troupe in the 1920’s.

Ward Beam was an innovator – and definitely a risk taker. Like Evel Knievel, he pushed the risk-taking envelope. During the Great Depression people wanted cheap, but exciting entertainment. He had an idea that was perfect for the times.

It involved multiple cars driven by drivers who would ram into each other hoping to stop the other cars. The point was to smash the other cars to the point that they couldn’t operate anymore. The last person who could actually drive their car was declared the winner.

Ward knew he couldn’t pull off an even like that alone. He needed drivers willing to take risks. It’s hard to imagine that many people would want to be a driver in a demolition derby. But unemployment was very high. So people were willing to take jobs they normally wouldn’t take. They had to also be risk takers and adrenaline junkies.

Here’s an example of a want ad Beam put in the Amherst Bee looking for stunt drivers for his “Thrill Show”:

Wanted: Single man, not over 25 years, to drive automobile in head-on collision with another car at the Albion Fairgrounds in connection with the Congress of Daredevils on August 19. Must crash with another car at 40 mph and give unconditional release in case of injury or death. Name your lowest price. Write B. Ward Beam, Albion, N.Y.

Ward Beam understood his audience. He found that people liked the adrenaline rush of watching cars crash. It was something they couldn’t do in real life. But in a controlled situation they could get a vicarious thrill watching others do it in a gladiator-type situation. He also found the perfect location for his thrill shows, which was state fairs. These are still going on today.

Just like in the gladiator days, audiences started demanding more and more spectacular stunts. They started slamming into brick and flaming walls and jumping over ramps. This was all before cars were as safe as they are today.

As the stunts got more dangerous, the drivers started doing as much as possible to avoid injury. Today they wear fire protective suits and helmets and take out the glass windows. They also can’t ram the driver’s side door.

Ward Beam’s innovation paved the way for extreme sports like the X Games and Evel Knievel.

Necessity has always been the mother of invention. And inventors didn’t stop taking risks. Even during times of economic hardship.