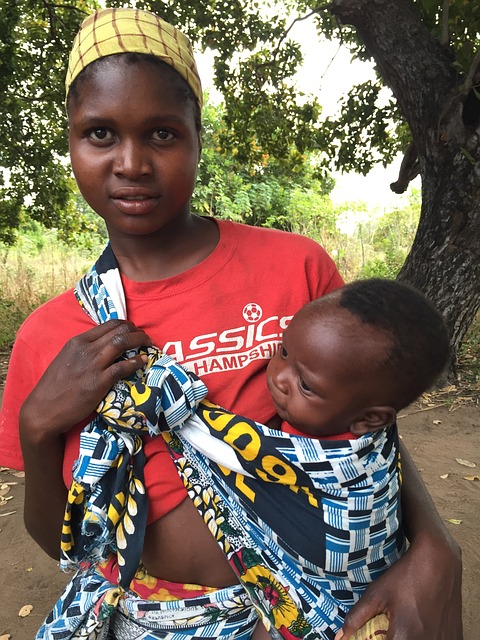 Inventor and pediatric nurse Ann Moore proved that you can make an old idea new again. It was during her time in the Peace Corps in West Africa that she first saw mothers carrying their babies around on their backs in fabric harnesses. The babies seemed very content with the emotional bonding they received, and when Ann gave birth to her daughter, she wanted the same kind of bonding with her baby.

She tried to replicate the idea by taking a piece of cloth and wrapping the baby in it. Then she added a pouch to keep the baby from slipping out. When the garment needed some sewing improvements, she recruited her mother to help her out.

Holes were cut so the baby’s legs could fit through, and a waistband was added that tied in the front to make it more secure. Soon, mothers were stopping her in the street to find out where they could get one. Moore was making several of them a month on her kitchen table and selling them on her own. She found that she sold a lot more after improving the head support.

The product was originally put in her mother’s name, but later was assigned to Moore as sales of the product skyrocketed from a few a month to a few hundred a month. Part of the reason for this was that the family was touring the country doing public speaking on topics like natural childbirth. It was because they were face to face with their target customers that really helped push Snugli over the edge.

This is a good lesson for inventors, who have to step out of the creative mode once their products are ready for market, and put on their marketing hat.

Making an impact with an invention

Also, Moore saw a bigger picture than just inventing a product. She envisioned a deeper bond between parent and child. This is another good lesson for inventors, who want to make a bigger impact in the world beyond just their inventions.

She eventually sold the company to Gerico, who have since expanded the product line with different models and updated styles. But it all started with an inventor who saw a problem and decided to make an old idea new again.