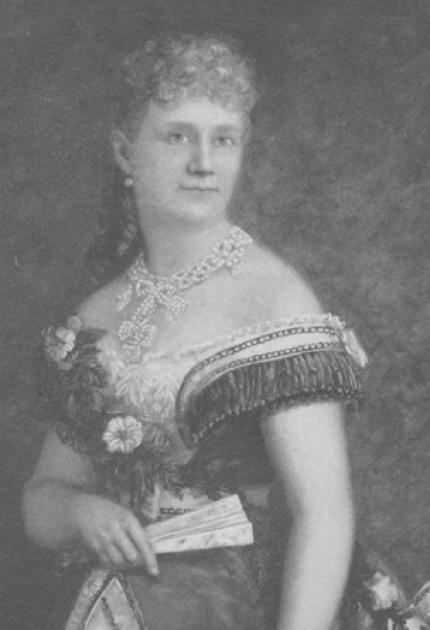 If inventors know one thing it’s how to make lemons out of lemonade. History is full of stories about inventors who have succeeded despite failure and tragedy. The inventor of Coston Flares Martha Coston dealt with both.

She married a man, Benjamin Coston, a scientist who was already an inventor who was just starting to make a name for himself. He worked for the Navy in a pyrotechnic lab. Like many inventors, his inventions were stolen and he was never compensated for them. The risk of working with dangerous chemicals finally got the best of him and he died at the age of 26, leaving behind a young wife and 4 children. Soon afterwards Martha lost her youngest son and her mother.

Pretty soon all of the money she had left was gone and things were starting to look very grim. It was then that she started looking through her husband’s work to see if there were any finished ideas that he hadn’t patented yet. She didn’t find any that were finished. But she found one that sounded promising. It was a system of maritime signaling flares.

The original flares that her husband came up with didn’t work, but Martha was convinced the basic idea was there and that she could improve on them. What she needed were flares that were bright enough and lasted long enough to be used for signaling over great distances. Her husband didn’t leave any notes about how to mix the chemical compounds that would create the brightness. And Martha didn’t have a background in chemical engineering. So she would basically have to start from scratch to figure out how to make them work.

For the years she was working on the invention she and her children stayed with friends. She first wanted to find out if the idea was even worth pursuing, so she contacted some people she knew in the Navy.

First Attempt Was a Failure

The first attempt at the flares was a failure since the brightness was too weak. But she kept on trying. She also only had two of the colors she needed and couldn’t figure out how to make the third one. But one night she was watching a fireworks display and had an idea. Maybe the pyrotechnics company could make the third color. She contacted them and started working with them.

She kept improving on the system, and eventually secured a manufacturer to make them. After many tests, she finally had the product at a point where the Navy was ready to give her a contract. She got a starting order of 3,000. She was granted a patent on the “Pyrotechnic Night Signals” in 1859. It was basically the same formula that is used in highway flares today.

Invention Tested by the Navy

The Navy tested them for the next two years under many different kinds of situations and were pleased with the results. The flares proved to be invaluable during the Civil War, and Martha sold over a million of them to the Navy. Eventually the Coast Guard would also use them in their search and rescue operations.

After a few improvement changes, and a new patent, she also sold them to maritime insurance companies and yacht clubs. As an inventor you will probably find new ways to market your products and new industries to sell them to as you get out in the trenches and start selling. This is what Martha did as she learned that there were many more applications than she had imagined.

Sold Patent to the Government

The US government finally bought the rights to her patent for $20,000, and she then traveled to Europe to pitch the idea to governments there.

Martha Coston fought to be recognized and respected as a woman in a man’s world of inventing and manufacturing. She achieved success after much hard work and sacrifice.

Encouraged Women Inventors Not to Give Up

Then she went on to write her autobiography as encouragement to women inventors not to give up.

Here is an excerpt from her book:

“In this attempt to recount my life and some of the varied experiences attendant upon my efforts to per perpetuate the name of my beloved husband and to support my children and myself, I am actuated by no idle vanity, nor yet the wish to pose as a writer, but by the honest desire to encourage those of my own sex who, stranded upon the world with little ones looking to them for bread, may feel, not despair but courage rise in their hearts; confident that with integrity, energy, and perseverance they need no extraordinary talents to gain success and a place among the world’s bread winners.”

Martha Coston never gave up her focus in seeing her invention, which was started by her husband, become a success, and her dedication to making a better life for her and her children. Martha Coston is a definite role model for women inventors and women business owners!