The Invention of Television 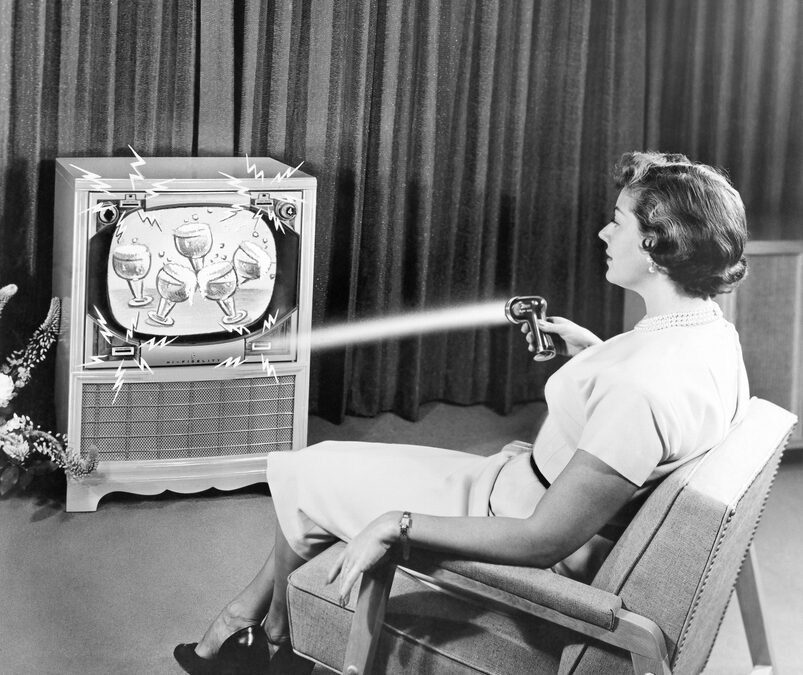 Television. What would we do without it? Thank goodness a series of inventors started thinking about it centuries ago with the invention of television. I’m sure, even as forward thinking as they were, they could never have imagined modern day streaming and cable. With hundreds of channels and thousands of options. Before 1947 only a few thousand people had a TV. By the 1990s 98% of all Americans had at least one TV. It took 50 years to completely saturate the market. Now, with streaming our choices are becoming endless. And we no longer have to rush to get to the set to watch a show. Most everything can be watched on demand.

The invention of television

The invention of television started in the early 1800s. Before the electronic TV we had primitive mechanical televisions.

In the beginning, Paul Nipkow invented an optical spinning disc, or the first mechanical television. The device sent images through wires using a rotating metal disk. He didn’t envision anything like the modern television.

John Logie Baird gets credit for coming up with the first mechanical television transmitter and receiver based on Nipkow’s original device. The first public demonstrations of his invention were done at the Royal Institution and Selfridges department store in London.

But it’s Philo Taylor Farnsworth who often gets the credit. Though he wasn’t the first to come up with the idea, he was the first inventor to make it work the way we are familiar with today. In 1930 he was granted a patent for the first totally electronic TV set. He would go on to hold more than 300 patents. Any inventor knows what an astronomical accomplishment that is.

As with many inventions, Farnsworth saw an opportunity in a totally disparate field. As a 14 year old boy he was plowing a potato field in straight, parallel lines. This allowed him to envision a system that would break an image into horizontal lines and reassemble them into a picture at the other end. This is a technique that inventors use, but anyone can learn how to access this valuable skill.

Farnsworth actually grew up in a home without electricity until he was 14. When he was in high school, he started thinking of a system that could capture moving images, transform those images into code, then move those images along radio waves to different devices. His system captured moving images using a beam of electrons.

In 1928, WRGB was started as the world’s first television station. It was broadcast from the GE facility in Schenectady, New York. The first full-length program broadcast in the US was a drama in one act called The Queen’s Messenger by J. Harley Manners. The show was meant to be watched on a very tiny screen. Now many people watch TV on a tiny screen of their cell phone.

Just as the invention of television has gone through many innovations through the years, so will the business model. In one of my speeches I mention that we now have hundreds of channels to choose from, but still nothing good to watch. That always gets a laugh, so there may be some truth to it. I predict in the future we will all have our own channel. What do you think?