The Invention of Barbie 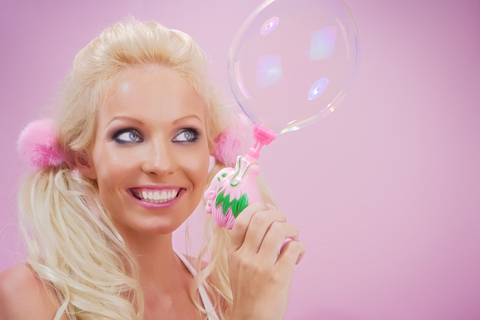 Ruth Handler’s claim to fame as a woman inventor and woman innovator is that she invented the Barbie Doll. But Ruth’s resume and the invention of Barbie was much bigger than that. She started off in 1945 as the co-founder of the toy company Mattel, which made toy furniture, music boxes, plastic mirrors, and picture frames.

At the time the dolls that were marketed to little girls were all cherubic baby dolls. But Ruth watched her own young daughter Barbara playing with paper dolls that she imagined were adults. Ruth had seen more adult type of dolls in Europe and wanted to invent her own so that little girls could create their own futures with them.

Many people thought the idea of an adult doll with adult features was too riskque’. The Barbie Doll, named after her daughter Barbara, debuted at the New York Toy Fair and sold over 300,000 in it’s first year. Mattel went public and was soon a Fortune 500 company with Ruth at the helm as president.

Barbie had a boyfriend, Ken, named after her son, and several friends of different ethnic backgrounds. Ruth was criticized for creating a doll with unrealistic features that no woman could live up to. But Ruth didn’t listen to the criticism. She felt that Barbie was more of a fantasy creation.

In 1970 Ruth discovered she had breast cancer and had to have her left breast removed. When she had a hard time finding a prosthetic breast that fit perfectly, she invented one. Until then they were interchangeable. But Ruth thought they should be more like shoes, a left one and a right one that fit perfectly. She started a company called Nearly Me that manufactured the prosthetics, and she traveled the country as an advocate for early breast cancer screening.

Ruth passed away in 2002, but the invention of Barbie’s legacy lives on and continues to be Mattel’s biggest seller.